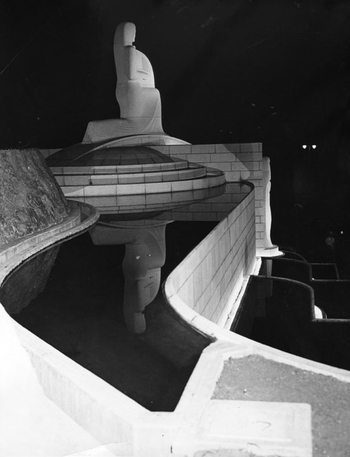 George Stanley (‘24, Fine Arts) sculpted one of the most famous (and smallest) statues in the world — The Oscar statuette — which he fabricated based upon a sketch by MGM art director Cedric Gibbons in 1927. Since then, more than 2,300 statuettes have been presented to some of the world’s best film and television actors, writers, directors, producers, and technicians. ...

Stanley continued to win sculpture commissions and, in 1933, was selected to work on the “Astronomers Monument,” a large WPA project at Griffith Observatory. In 1937, he was commissioned to design a fountain for the Hollywood Bowl: a 200-foot-long, 22-foot-high, 250-ton, Streamline Moderne-style fountain of lightly polished granite. 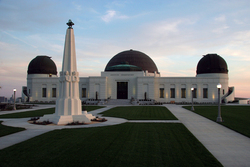