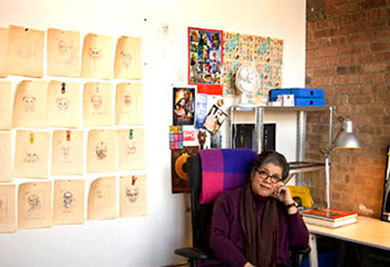 Media artist Judithe Hernandez ('79, MFA) has collaborated with his brother Norman on film, video, and multimedia installations since 1978. The Yonemotos’ work is based on notions of difference and visibility, and much of their work appropriates commercial film and television imagery. Operating between the world of the art gallery and media clichés and myths of American culture, the Yonemotos exploit this relationship of art and commerce. Their multimedia installations, many of which address issues of Japanese-American identity, also explore the relationship of the individual in the context of a dominant corporate culture. ...

Bruce has received grants from the NEA, Rockefeller Foundation and the AFI, and is the recipient of the Maya Deren Award for Experimental Film and Video. Solo exhibitions include the InterCommunciation Center in Tokyo, Philadelphia’s Institute of Contemporary Art, and the Kemper Museum. His work is in the permanent collections of the MOMA, Cornell University, and the Hara Museum of Contemporary Art in Tokyo.

On the occasion of its 90th Anniversary, Otis commissioned Yonemoto’s installation “Simulations," which he describes as the result of his desire to recreate a childhood icon as “a hyper-real representation of Disneyland’s Matterhorn thus finally making Disney’s mountain the allegorical referent, the “real” Matterhorn of our collective memory.” 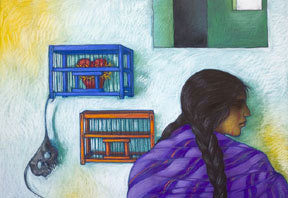