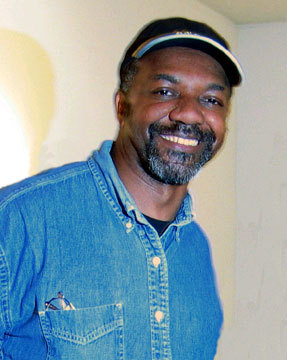 Marshall ('78), born in Birmingham, Alabama in 1955, lives and works in Chicago. He received an honorary degree from Otis in 1999. In 1997 he was awarded a John D. and Catherine T. MacArthur Foundation grant. He was one of the artists featured in the PBS series on contemporary American art "Art in the 21st Century." In 2013, he was appointed by President Barack Obama to the President's Committee on the Arts and Humanities. ...

African-American popular culture informs his paintings, installations, and public projects. As he stated "You can't be born in Birmingham, Alabama, in 1955 and grow up in South Central [Los Angeles] near the Black Panthers headquarters, and not feel like you've got some kind of social responsibility. You can't move to Watts in 1963 and not speak about it. That determined a lot of where my work was going to go." Marshall's work is based on a broad range of art historical references, from Renaissance painting to black folk art, from Canaletto to Charles White, one of his Otis teachers.

His work has been exhibited in and collected by major U.S. museums for over twenty years and featured in international exhibitions such as documenta X, Kassel, and the traveling exhibition Postcards from Black America: Contemporary African American Art (1998). In 1998, his work was the subject of a major exhibition organized by the Renaissance Society at the University of Chicago that traveled to the Brooklyn Museum, N.Y., San Francisco Museum of Modern Art, and the Institute of Contemporary Art, Boston. The Vancouver Art Gallery, British Columbia, held a major retrospective in 2011, and in 2009, he painted a large-scale mural in the atrium of the Museum of Modern Art, San Francisco. In 2013, the National Gallery of Art in D.C. held a solo show of his work (10 paintings and 20 works on paper), In the Tower. Kerry James Marshall: Painting and Other Stuff opened at the Museum van Hedendaagse Kunst Antwerpen, Belgium, and travels through October 2014 to Kunsthal Charlottenborg, Denmark; Antoni Tapies Foundation, Barcelona; and Museo Nacional Centro de Arte Reina Sofia, Madrid. 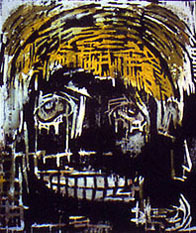 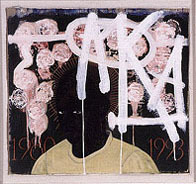