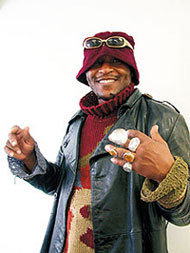 Born in Nigeria, and educated in England, Kristopher Enuke (’84) decided to study fashion far away from home. After Otis, he stayed in the U.S., working for designers including BCBG. Through freelance work, he began designing and selling his own apparel, concentrating on hand-knit sweaters in his Oliver Twist line, which he sold to high-end retailers such as Maxfield and Bergdorf Goodman. Ten years later, in 2002, he diversified into jeans and created his denim brand, Oligo Tissew (“refined cloth”). The jeans feature a three-dimensional star on one back pocket, and a red remembrance bow on the opposite back pocket. The bow is a reminder of all children born into underprivileged circumstances, while the star signifies the possibilities available for all children who are given an opportunity. Oligo Tissew donates a portion of the sales price of all garments to Nigerian school children. “Fashion has good intentions,” he states, “ but stops short of having a heart. Our aim is to set up a trust fund that will endow whole villages with education, from Africa to South America to Asia.” ... 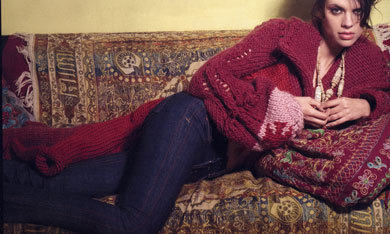