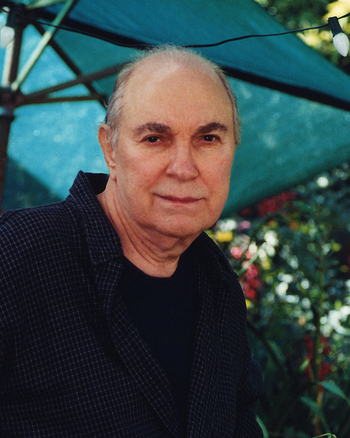 Norman Zammitt was (1931-2007) raised on the Mohawk [Caughnawaga Indian] reservation near Montreal. After serving in the U.S. Air Force during the Korean War, he returned to America, graduated from Pasadena City College in 1957, and earned his MFA ('61) from Otis in 1961. He taught art at California Institute of the Arts, USC, and UCLA during his long career as an artist. ...

His often mural-sized works can now be found in private collections as well as at the Museum of Modern Art, the Hirschhorn Collection, and the Corcoran Gallery. His straight-edge style suggested mathematics and engineering, some reviewers observed; others posited that the ethereal element in his art seemed to rise up out of the geometry by intention. Often his work was said to create a “meditative mood.”

“Zammitt crafted meticulous bands of color in subtle gradations and shades in his paintings,” noted the Los Angeles Times. “Many of them evoke sunsets, deserts and other scenes in nature. And according to Carol Eliel, curator of modern and contemporary art at the Los Angeles County Museum of Art, “[Zammitt] translated the light and landscape of California to paint. He wanted to include the more spiritual aspects of the California landscape in his work.”

Still, Eliel notes that Zammitt’s art didn’t fit neatly into a single school or movement, though his interest in capturing light and space related his work to that of such artists as Larry Bell and Robert Irwin (’50). At the same time, his precision and a preference for sleek surfaces related his creations to the art of Billy Al Bengston (‘57), among other Otis-trained California artists who rose to prominence in the 1970s.

Of his art, Zammitt once wrote to an Otis colleague: “The artist’s first responsibility is to his own truth. For me, art is a responsibility to myself, to my own sincere thoughts. To keep in contact with that is a constant struggle. To recreate an old form or create a new form is not necessarily the most important concern. Form should be a result, a sincere statement of integrity; form happens as part of a desire to make a statement straight from the heart. Form seems to always be there, and the need to express it becomes stronger and stronger. Each expression does not slowly exhaust the source, but on the contrary, the artist cannot keep up with what he has to say. For me, this has become a way of life. I never planned it to be this way, but I am glad about it. Nothing else makes me feel more right, more my own self.” 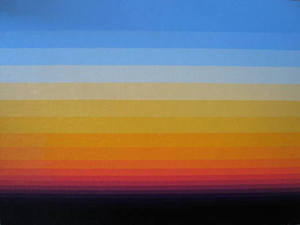 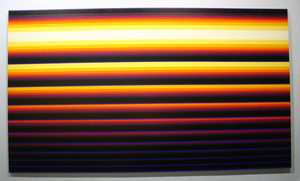