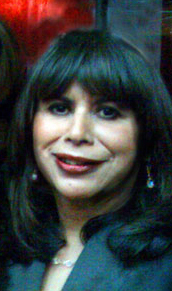 Her work is a part of the traveling exhibition Chicano Visions: American Painters on the Verge, curated by Cheech Marin, touring through 2008. Venues for that exhibition include the Smithsonian Institution, the De Young Fine Arts Museum (San Francisco), and LACMA. ...

Growing up in East Los Angeles, she became the only female among the seminal, four-member Chicano art group ASCO ("nausea" in Spanish). ASCO's members included the well-known photographer Harry Gamboa and artists Willie Herron and Gronk. ASCO expanded the definition of Chicano art beyond murals and posters by experimenting with a range of art forms, including street performance, photographic montage, pageantry, and conceptual art.

Valdez' work speaks volumes not just in her use of spectacular color, but by the intentional omissions in her paintings, such as a dressing table strewn with souvenirs (and just Valdez's mirrored reflection).

Says writer Rita Gonzalez, "It is everyday and domestic life, with its textures and subtly shifting ambiences that has continued as a constant in Valdez' work."

Valdez is represented by the Patricia Correia Gallery (Santa Monica) and Carlotta's Passion (Eagle Rock) and exhibited at the San Jose Art Museum. A traveling fifty-piece survey of her work took place at the Mexican Museum (San Francisco) and the Laguna Art Museum (Laguna Beach).

Since the mid-1990s, she has been an art consultant for such films as La Familia (1995) and Production Designer for Luminaries (1998). 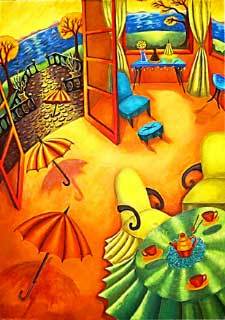 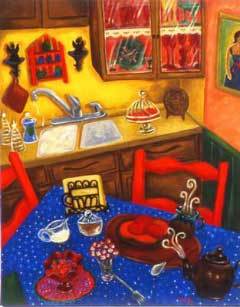 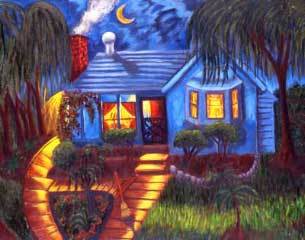