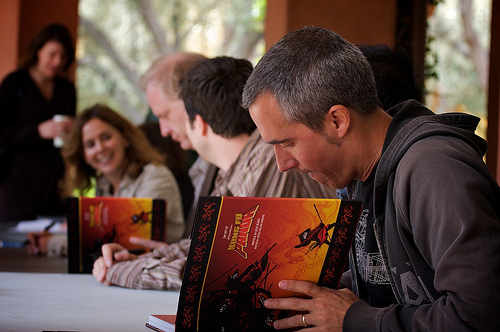 Zibach entered the world of Hollywood as a background artist, stylist, and key background painter before becoming head of a feature background paint department, then art director, and has recently crowned his achievements as the production designer for Kung Fu Panda, a DreamWorks hit, receiving the most Animated Film Society ‘Annie Award’ nominations (17) among animated films in 2008. The film is currently a shortlisted nominee for one of three coveted Academy Award feature animation spots, garnering critical raves such as Time magazine’s, that it "provides a master coursed in cunning visual art.” ...

"Raymond had great design ideas for the show in terms of the characters' shape language and the textural detail we wanted to achieve, “says visual effects supervisor Markus Manninen in Animation World magazine. "We spent a lot of time evaluating and deciding how to get that richness onscreen while making smart choices about what big complicated systems we needed to develop [in order to realize the final project]."

“We used tons of reference sources,” adds Zibach. “I was on the film for five years. We looked at Chinese art and architecture, even temple carvings. We immersed ourselves in the culture. […] Our original [concept] paintings of China were a big influence. They were done in watercolor and ink wash, but the more modern colors we used came naturally to me from working in animation. I was more influenced by people like Mary Blair and classic animation art directors who always pushed the color emotionally. Our backgrounds have an electricity to them when they're lit in CG.”

"I was definitely more influenced by traditional animation, but also by movies like Hero, Crouching Tiger, Hidden Dragon or House of Flying Daggers. They're kung fu movies, but they're so heavily art-directed and beautiful, with a great emotional tie between color and what's happening onscreen.”

Zibach has constantly found ways to blend drawing and painting with cutting-edge CG techniques in order to create a fresh look and feel for each TV or film project that he works on, which includes Space Jam, Star Wars: Clone Wars, Alvin and the Chipmunks, Ren and Stimpy and Sinbad: Legend of the Seven Seas.

Thinking back on his Otis days, Zibach recalls: “Design, composition, color, traditional painting ability, the drive to complete assignments in creative ways and be your own worst critic, were all key to landing a job in animation. From that point on I found my own way.” 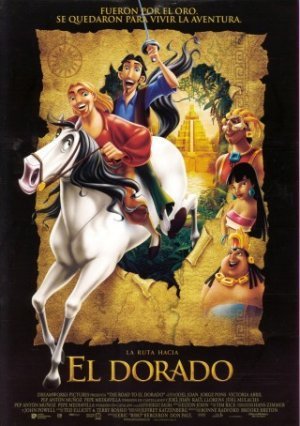 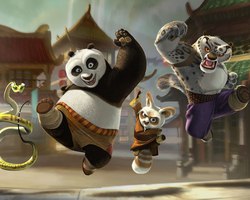