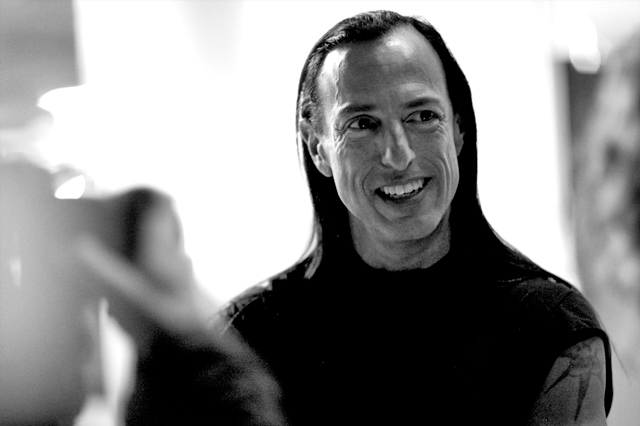 The Paris-based American fashion designer Rick Owens (‘81) enjoys prominence in the international fashion world. His edgy, rough-hewn designs are sometimes described as “glunge” [glamour + grunge], and are worn by the likes of Courtney Love, Madonna and Helena Bonham Carter. Owens sells tens of millions of dollars’ worth of clothes each year, in 250+ high-end fashion stores around the world. ...

“Think of Rick Owens as the Ben Franklin of fashion,” writes Fashion Wire Daily Paris, “an American in Paris, a novel inventor, a rabid iconoclast, and an individualist blessed, or blemished, with the whiff of the sexually perverse. Admired at home in the United States, both were hailed in Paris — Franklin for his sharp wit and fertile mind, Owens for his unique vision and successful resuscitation of nearly moribund fur label Revillon. Though they arrived as celebrities in Paris, touted as influential players in the métier of choice, they both came from modest backgrounds — Benjamin from Massachusetts and Rick from Porterville, California.”

After Otis, Owens did knock-offs in L.A. before cutting patterns at a sportswear company owned by his now-wife Michele Lamy. He started selling his designs at Charles Gallay, and a few years later had negotiated a contract with Maxfield; by 1999, his line was a top seller at Barneys. In 2001, he signed a distribution deal with an Italian agency, and an Annie Leibovitz spread in Vogue further propelled his career. In 2002, he won the Council of Fashion Designers of America Perry Ellis Emerging Talent Award. Owens began his longstanding collaboration with stylist, Panos Yiapanis, and showed his first runway collection in New York in 2002. Since 2003, he has worked out of Paris where he doubly serves as creative director for the furrier Revillon. Some of his pieces were used to create the look for Emily Blunt’s character in the 2006 film The Devil Wears Prada. Owens was awarded a Cooper-Hewitt National Design Award, and his second store in New York's Tribeca district opened in 2008.

“With each new favorable notice,” writes The New Yorker, “Owens seems more determined to prove his independence from the fashion establishment. He doesn’t worry that his provocativeness will alienate customers or critics. [And though] he gives few interviews, doesn’t employ a publicist, and has never advertised his line, his diffidence seems to only enhance his cachet among fashion editors and insiders.”

“I have a simple long silhouette that I started out with,” says Owens in Image Gallery, “and still sell those same pieces the most since day one of my business. These are my foundations. But each season allows me to experiment with some new proportions to refresh my foundation.

“My look is about an appreciation of teenage angst without actually having the angst,” he has been known to say, and compares his style to a Brancusi sculpture: “(Just) a slab of metal on a hunk of wood, but it's about the right piece of metal, the right hunk of wood and the perfect gesture.” 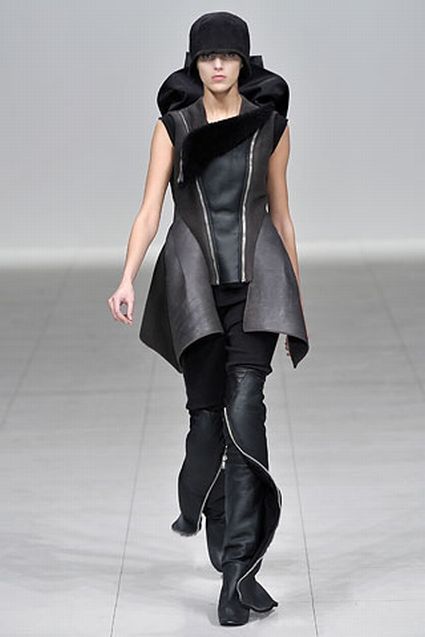 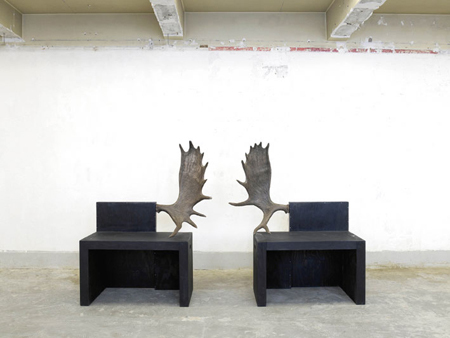 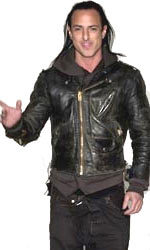