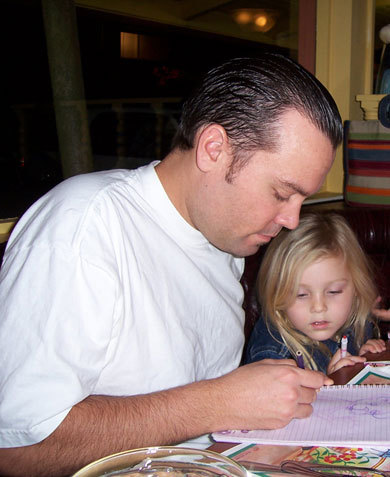 After his years at Otis Robert Dobbie ’01 (a.k.a. Rob Dob or Bob Dob) has built up a distinctly sardonic portfolio of work that has come to fruition in his new book, BOBDOB: Painting Collection Volume One, published by Murphy Design.

“What I loved most at first about Bob Dob’s style of painting was something that I didn’t even notice in the beginning,” says one reviewer, Reevo. “I was initially engrossed with his fine art styled oil paintings. The feeling is that the people in his images had a story to tell if only I could hear them from within the canvas. ...

“It wasn’t until some time later that I even noticed the characters in his paintings were cartoon-like. It’s something that I still can’t quite get my head around or explain. It seems obvious now, but at first they looked so real.

“There’s lots of anger, frustration, desperation and disappointment in the characters’ faces. There are a few semi-smiles within but these are associated with menace rather than happiness. I think this is one of Bob Dob’s greatest achievements as a painter actually: the way in which he constantly manages to get raw emotions across to the viewer in his paintings.”

Narrative humor with bleak, mundane or crazed imagery, and a discernible sense of truthfulness continue to be the defining characteristic of his illustrations. Dob works as a commercial artist for such clients as Aflac, American Airlines, Village Voice and ABC Family Channel. 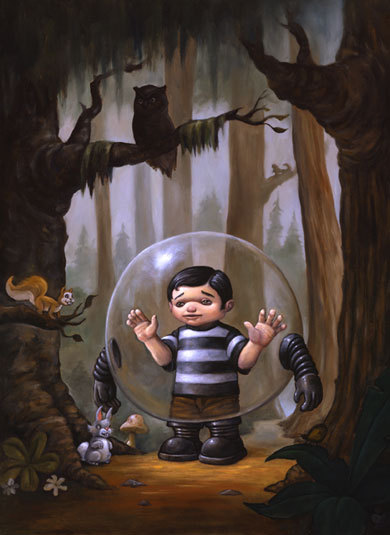 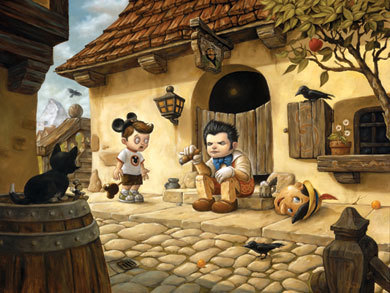