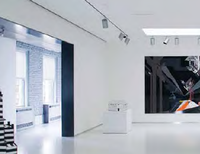 Steven Learner ('86) earned a degree in interior architecture and went on to get his MArch at Harvard. While at the GSD, he studied with architect Richard Gluckman, whose N.Y.-based firm works with many art museums and galleries, including the Dia Foundation. ...

Learner joined Gluckman's firm after graduating from Harvard, and worked there from 1992-95. His own office, Steven Learner Studio, in Manhattan, works with art collectors and galleries such as Sean Kelly Gallery and Haunch of Venison. In 2013, he launched the Collective Design Fair, N.Y.

While Steven was at Otis, he worked in the Ben Maltz Gallery on the design for Robert Wilson's "Civil Wars" installation. Wilson's creative sensibility inspired him to focus on spatial clarity, proportions and light in the interiors and architecture he has designed since his firm started in 1995. 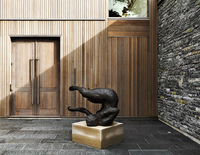