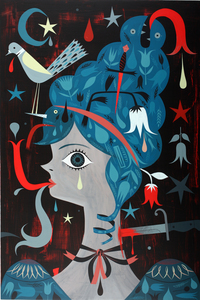 Beginning his career in studio animation, Tim Biskup (‘88, Fine Arts) developed his skills as a draftsman and technical painter before jumping into the world of fine art. Now Biskup’s work is exponentially more eclectic, and has been described as “a dense, character driven style inspired by mid-century modern design infused with a healthy dose of punk rock energy.” [MetroArtWork] ...

Working with playful and vibrant psychedelic imagery in the pop genre that emerged in the late 20th century, and fusing bright colors and whimsical shapes onto a ‘flattened’ look, Biskup is associated with a lowbrow, pop-surrealist aesthetic style. He works with diverse media such as silkscreening, textile production, and rotocast vinyl. He is also a significant contributor to the GAMA-GO clothing line.

Since the mid ‘80s, he has produced a stream of original artwork, limited edition prints, clothing, toys, books and other publications, vinyl figures, sculptures and tee shirts, available at Bispop in Pasadena. 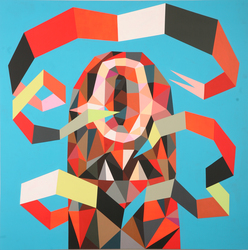 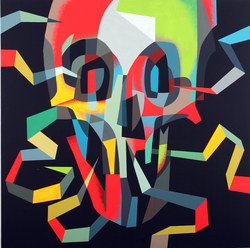