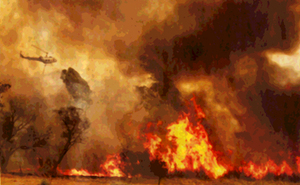 Tompkins is a native of Long Beach who received his BFA from Otis in 2003 (Painting) and currently works in Los Alamitos, California. An important element in Tompkins' practice, says Vielmetter, is his interest in historical precedents set by other painters. [In his 'Left Over' series], he playfully merges references to the still life paintings of Chardin with the experiences of consumerism...

Regarding his featured works in LA Louver's Rogue Wave series, the Los Angeles Times noted that Tomkins' work draw[s] from familiar, politically oriented images in the news meticulously laid down in enamel on aluminum.

Tompkins has exhibited his works at Studio la Citta, Verona, Italy; La Nuova Pesa, Centro per L'Arte Contemporanea, Rome, Italy; and in exhibitions at ACME and the Creative Artist Agency in Los Angeles; DCKT Contemporary and White Columns in New York; and through the Frederick R. Weisman Art Foundation. His work was also shown in the group exhibition New American Talent: The Eighteenth Exhibition which traveled to the Arthouse at the Jones Center for Contemporary Art (Austin, TX), The Arlington Art Museum (Arlington, TX), and other institutions. 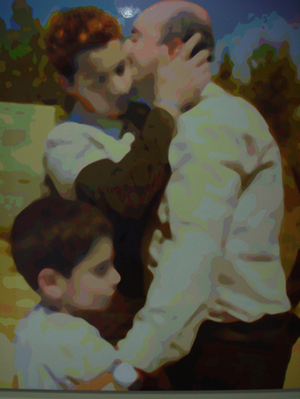 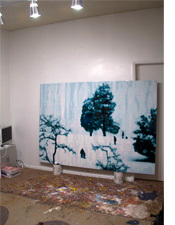