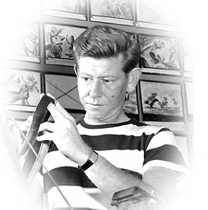 Born in Chicago in 1906, Wilfred Jackson ('28) one of cartoon's greatest directors, worked in a formative period for the budding new medium. Working long hours through the heydays of early animation, Jackson is widely judged to have set the standard for subsequent cartoon directors. At Disney, he was integral to the creation of feature classics like Snow White, and was also a technical innovator in terms of merging sound to pictures. ...

“Jaxon,” as he was called by Walt Disney, attended Otis in 1925. Three years later, after “hanging around the Studios,” he volunteered to wash cels and assist animators at Disney until — in the same year that Mickey Mouse was born — he “found himself holding a paycheck,” later joking that "I'm the only guy [at Disney] who was never [actually] hired."

Jackson claims to have gotten into directing, too, by accident. After being asked by Walt to work out a sound-picture synchronization problem for the early sound cartoons, Jackson successfully devised a metronome to mark time that could be converted to a music track (a method still used in contemporary animation). The innovation, featured in Mickey Mouse's debut film "Steamboat Willie," revolutionized the entertainment medium, and Walt quickly promoted him from animator to director. Jackson garnered a reputation among Disney studio directors as “easily the most creative of the directors, but also the most ‘picky.’”

Among his other feats, Jackson contributed to the "Silly Symphony" shorts, and went on to direct 35 Academy Awards®-winning shorts: The Tortoise and The Hare, The Country Cousin, and The Old Mill. Probably the greatest example of his skill in developing action to music, however, was The Band Concert starring Mickey Mouse.   Jaxon also applied his talent to other animated features, including Pinocchio, Dumbo, Saludos Amigos, Melody Time, Cinderella, Alice in Wonderland, Peter Pan, and Lady and the Tramp. He directed such memorable sequences as "The Night on Bald Mountain" in Fantasia. During the war years, he produced and directed government films for the U.S. Navy.   In 1954, as Walt entered the new television medium, he asked Jaxon to produce and direct animated shows on the "Disneyland" series. His career at Disney spanned 35 years. 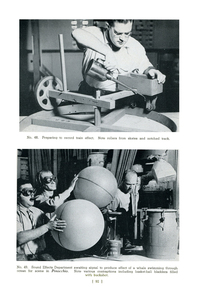 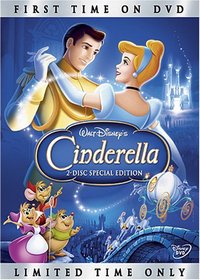 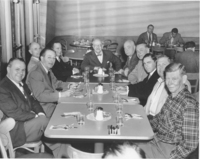