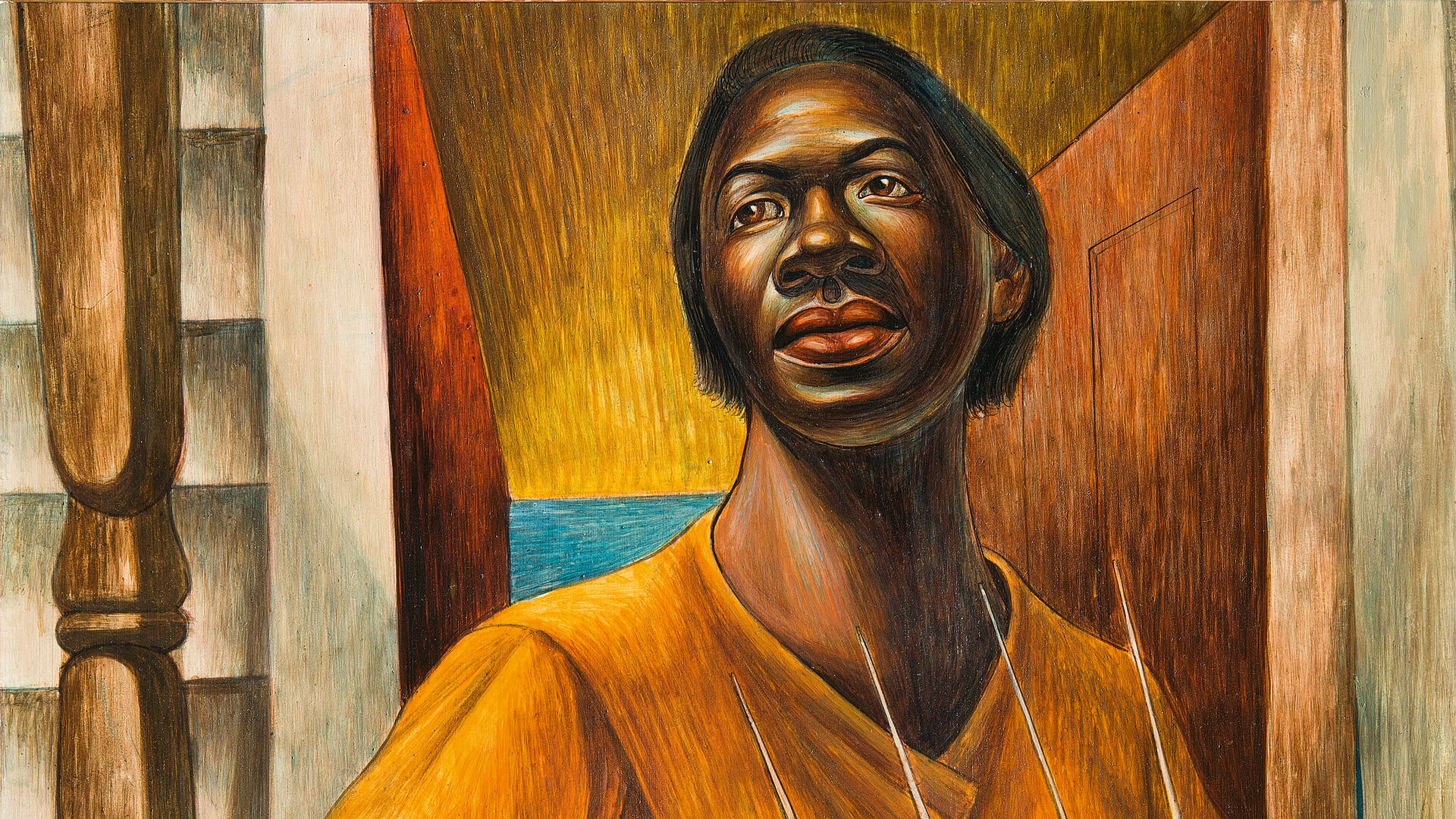 Charles White (1918-1979) was a renowned draftsman, painter, printmaker, graphic artist, and activist. Born and raised in Chicago, he also lived in New York and Los Angeles, and was a critical member of creative communities in each of these cities as an artist, activist, and educator. Determined to employ art in the struggle for social change, White created dignified portrayals of the African-American experience through figurative representations, scale, and form.

White arrived in Los Angeles from New York in 1956, and his artistic practice centered around the celebration and documentation of the contribution of African-Americans. White cultivated relationships with artists, musicians, writers, and actors in the respective cities he called home. White was a collaborator on television and film projects, including Anna Lucasta (1958) and An Evening With Belafonte (1957), for which he received an Emmy nomination. Additionally, White’s work would not only be featured but woven into the storylines of films, such as that of Sidney Poitier’s Guess Who’s Coming to Dinner (1967) and For the Love of Ivy (1968). White would also receive a Grammy nomination for Best Album Cover—Graphic Arts in 1965 for his reproduction on the cover of Spirituals for Orchestra—Dance Symphony.