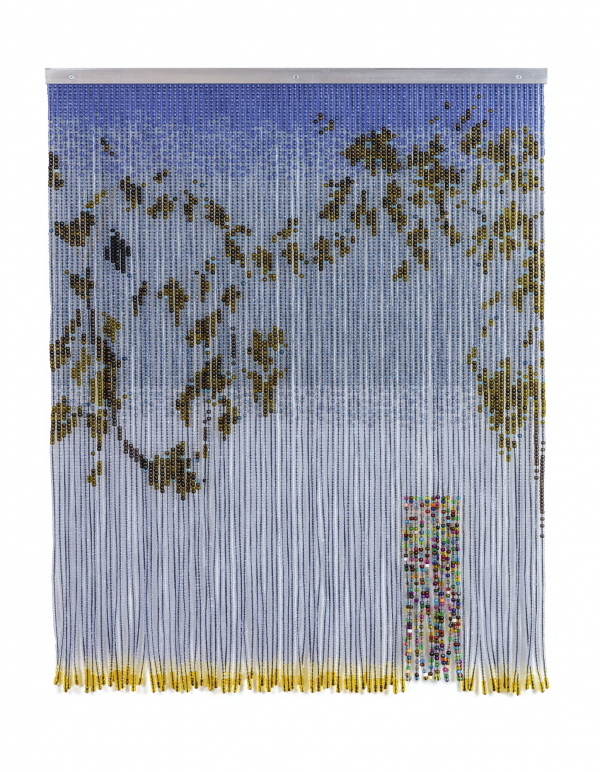 Kori Newkirk was born in the Bronx, New York, in 1970, and received his BFA from the School of the Art Institute of Chicago, Chicago (1993) and his MFA from the University of California, Irvine (1997). He also attended The Skowhegan School of Painting and Sculpture, Maine (1997), Cooper Union, New York City, Brighton Polytechnic, Brighton UK and SUNY Cortland, New York. His work has been shown in solo and group shows around the world and has been written about in various publications across the spectrum. In addition he has also been awarded numerous grants and fellowships and has lectured and taught at over 80 institutions. He lives and works in Los Angeles.