Meet an Otis Instructor: Raul Moreno on Teaching in Otis College’s Digital Media Department, What Inspires Him, and More | Otis College of Art and Design
Skip to main content

Meet an Otis Instructor: Raul Moreno on Teaching in Otis College’s Digital Media Department, What Inspires Him, and More 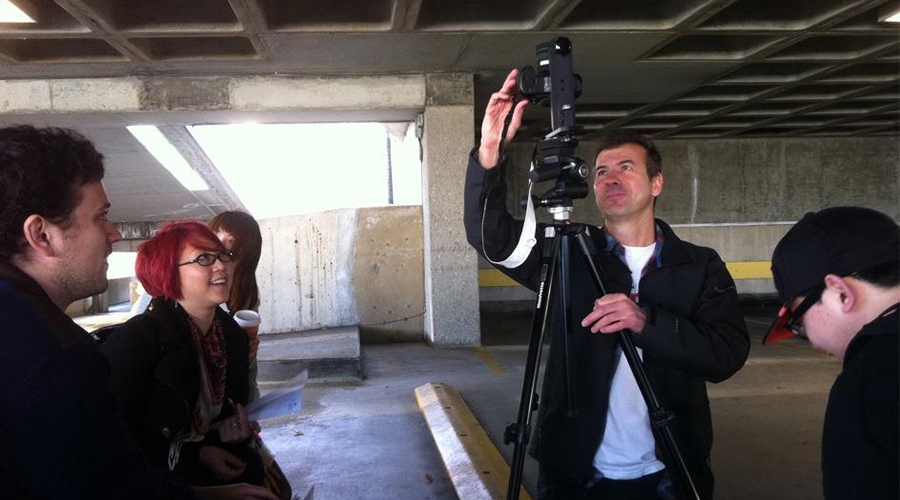 “I have always felt it was important to be patient and have empathy for people while they are learning,” Moreno says.
Anna Raya 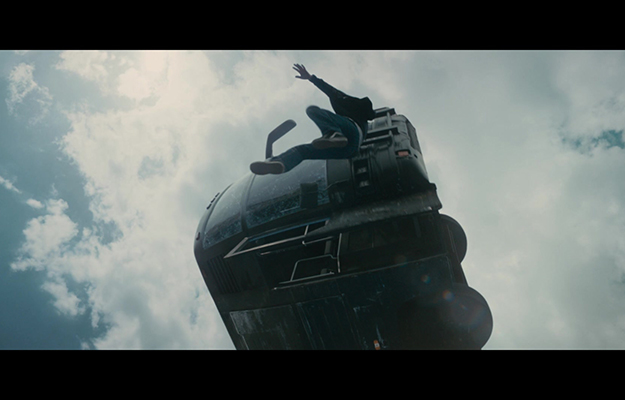 Raul Moreno is an associate professor in the Digital Media department of Otis College, where he teaches in the Animation, Motion Design, and Game & Entertainment Design programs. This includes design-oriented classes with such programs as SideFx and Houdini, as well as the “Storytelling for Dig Artists” course, in which students learn to create cinematic experiences using Unreal Engine. He is the recipient of the 2022 Distinguished Educator award, which is based on the nominations of students, faculty, alumnx, and academic administrators for teaching excellence among longstanding Otis faculty. It’s an honor co-sponsored by the LAX Coastal Area Chamber of Commerce. Moreno has a BA in Architecture from the Southern California Institute of Architecture (SCI-Arc). After graduating, he worked as a model maker at Morphosis Architects before leaving architecture to work in the VFX and film industries. He’s worked in visual effects and post vis (post visualization) on such films as the upcoming Disney release, Pinochio, Star Trek Beyond, and Furious 7. Originally from Long Beach, Moreno now lives in El Segundo with his family. Read on for more about what Moreno loves about teaching art and design students, what inspires him, and all the things he’s reading, watching, and listening to in his spare time.

What do you love about teaching art and design students?

I love the energy and creativity that each semester and every project brings. It never fails that every time I give a project to a class someone will take an approach that I would have never thought of. That energy and enthusiasm in the classroom is palpable. I also feel it’s an honor to work with the next generation of artists and designers. 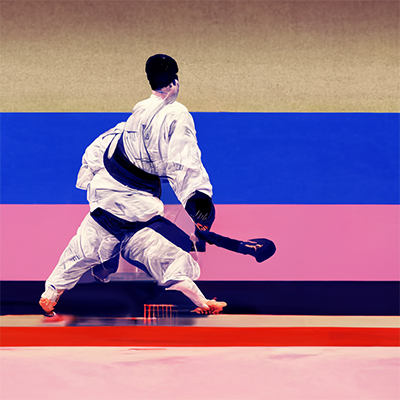 What artist inspires you right now?

I would have to say the work that Refik Anadol has been doing has been very inspiring for me. As a CG artist and Houdini artist, in particular, his work has opened a Pandora’s box of possibilities. His use of AR [augmented reality] incorporated with architecture seems to bring architecture to life in a way not seen before. Lately Rifik has been posting some of his work using the amazing AI tool Midjourney. It’s wonderful to see the democratization of these powerful tools. Just type “/imagine” and then whatever you want

What artist has had the biggest impact on you/your work?

I would have to name my three favorite architects in this case: Louis Kahn, Louis Sullivan, and Mies van der Rohe. Khan used materials in a way that was pure yet functional. His buildings all seem to have a positive rhythm and a sense of timelessness. One would have to look no further than the interior library and dining area of the Phillips Exeter Academy or the Salk Institute in La Jolla to see great examples of his work. The great architect Frank Lloyd Wright was an apprentice at Sullivan’s office early in his career. You could later see Sulivan’s influence in Wright’s work. As a young architecture student I can remember being moved by Sullivan’s illustration and studies of architectural ornament. His drawings are exquisite. I went to visit van der Rohe’s Barcelona Pavilion while traveling. While it may look very simple when you look at the drawings, in person it was one of the most beautifully composed spaces I have ever had the privilege to visit. 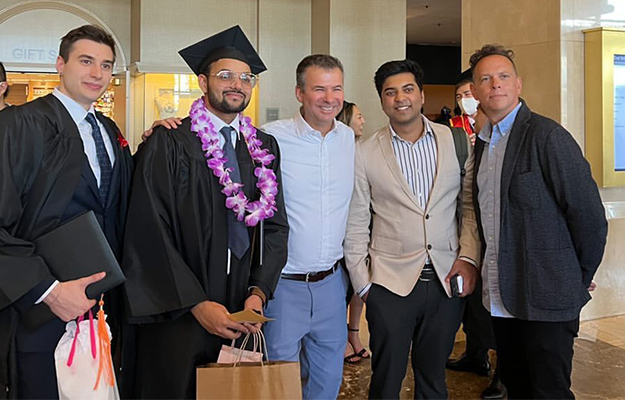 Do you have a teaching mantra?

I don’t necessarily have a mantra, but I have always felt it was important to be patient and have empathy for people while they are learning. Some of these skills are not easy to pick up. The process of learning, i.e. making new neural connections in your brain, can be very taxing work. Some concepts or some of the programs take a while to get comfortable with. I’m fine with a student asking the same question a few different times, “How do I do that again?” As a teacher you want your students to feel comfortable asking questions even if it’s an obvious question that they think everyone may already know. I always say: “Ask me as many times as you need to.” 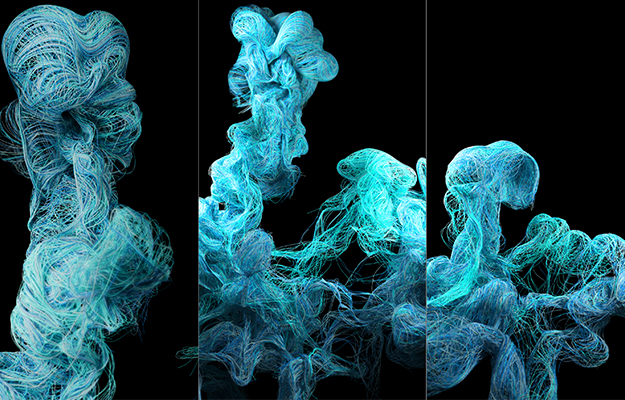 Is there anything the Otis Community might not know about you?

I have dyslexia. It has been a challenge, but I have not ever let it limit me. I have had to work harder on certain things. At the same time, some things are very natural for me, like thinking spatially, designing in 3D, architecture, or jiu-jitsu. Growing up dyslexic motivated me to become a teacher. I feel this has given me insight and empathy as an educator. Sometimes certain things that may be viewed as limitations are actually gifts. One just needs to find a supporting environment and learn to do what you are good at. Find your bliss.

I train in Brazilian jiu-jitsu and have for quite a while now. I may or may not be the oldest person in the academy where I train, but I have no intention of stopping. In many ways age is just a number. I’m not saying that I don’t get very sore after a particularly tough class; I do have to listen to my body and train smart. The sport is difficult, both physically and mentally, but I enjoy the challenge. Jiu-jitsu teaches patience, humility, perseverance, and problem solving and reminds one of the importance of living a healthy lifestyle. These are all essential attributes for a long and productive creative career and life. I personally enjoy endeavors that you can continue to learn indefinitely. I have heard theories about a mind/body connection. I believe some type of regular exercise will always help you to sleep better, think more clearly, and feel better. Kudos to Torse House and professor Thiago Rodrigues in El Segundo for creating a challenging yet positive training environment for everyone.

What are you watching/reading/listening to right now?

As he states at the beginning of every podcast, Dr. Huberman discusses science and science-based Tools for Everyday Life. Huberman is a neuroscientist and professor in the Department of Neurobiology at the Stanford University School of Medicine. He has made many contributions to the fields of brain development, brain function, and neural plasticity, which is the ability of our nervous system to rewire and learn new behaviors, skills, and cognitive functioning. He discusses topics like why we age, optimizing your sleep and work habits, optimizing your workspace for productivity, focus, and creativity, among many other interesting things. If you are at all interested in optimizing your performance in everyday life, I would recommend this podcast.

Initially I didn’t expect much, but I have been enjoying this series. The production values are certainly on point. The attention to detail—from the wardrobe, locations/architecture, and cars and vehicles from the period—is all fantastic. On the other hand, the cinematography, lighting, color treatment of the footage, and the composition down to the small details, including the use of Bokeh, all come together to help the story. Overall, the storytelling and visuals for this show are superb; it rivals any film I have seen lately.

I have been watching this with my teenage daughter over the summer. For me it was fun because it combines 80s nostalgia and sci-fi, reminiscent of directors Steven Spielberg and John Carpenter and the movie Fast Times at Ridgemont High. I noticed that the color in production design, wardrobe, and cinematography seemed to evolve throughout the seasons. It’s a great use of color to indicate the time and place in the series. Just like Peaky Blinders it felt like you were watching a film rather than a T.V. show.

Turing was a British mathematician, codebreaker, and an early pioneer of modern computer design. He worked for the British intelligence service and played the key role in cracking the Enigma code that hastened the end to World War II, saving thousands of lives. His paper, “On Computable Numbers,” described a powerful idea that a machine could compute any task that a human could compute. He invented the idea of a universal machine that could read software, which we now know as the computer. The book also details the fact that, despite his wartime service, he was arrested for trying to live honestly in a country that defined homosexuality as a crime. The way he was treated was a tragic chapter in history. He was eventually posthumously pardoned in 2013 and the same pardon was extended in 2016 to others. In 2021, Turing was featured on the Bank of England’s 50 pound note. The £50 notes “serve as a reminder of the effects of bigotry and ignorance,” said Liberal Democrat peer Lord Sharkey of England.

AI 2041: Ten Visions for Our Future by Kai-Fu Lee and Chen Qiufan

Kai-Fu Lee (the former president of Google China) teamed up with novelist Chen Qiufan to imagine our world in 2041 and how it will be shaped by AI. The book is a series of 10 short stories, each one followed by a commentary and analysis where the story and technology are explained. Some of the stories are a bit bleak but, overall, the book is very hopeful. Lee states that “AI is an amazing multi-use technology that is no different from electricity,” and that many of the issues and challenges will be overcome. If the book is correct, we may see a large displacement of our workforce. How we deal with the economic and social costs of AI will be an important issue at some point in the future.