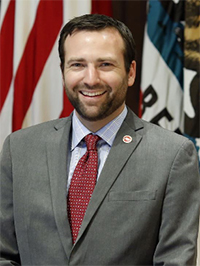 Senator Ben Allen was elected in 2014 and reelected in 2018 to represent the 26th Senate District covering the Westside, Hollywood and coastal South Bay communities of Los Angeles County.

Ben chairs the Joint Committee on the Arts and the Senate Environmental Quality Committee. He also chairs the Select Committee on Aerospace and Defense.  He is the co-chair of the Environmental Caucus and a member of the Jewish Caucus.  He previously served as Chair of the Education Committee and Chair of the Elections and Constitutional Amendments Committee. His policy priorities include education, the environment, jobs and the economy, transportation, political reform and the arts. His passion for the arts is long-held and is rooted in his upbringing in a family that valued, practiced and encouraged the arts.

As chair of the Joint Committee on the Arts, Ben authored successful legislation that reinstated teaching credentials for theatre and dance educators and has been a steadfast advocate for arts funding. He continues to fight for increased access to arts education in schools, especially in disadvantaged communities. As a current member of the California Film Commission, he works to keep entertainment industry jobs in California. A nationally respected leader in the arts, he was honored in 2018 with the Public Leadership in the Arts Award by Americans for the Arts, given in partnership with the National Conference of State Legislatures.

Frances Anderton covers Los Angeles design and architecture for print and radio. She is currently writing a book, Common Ground: Multifamily Housing in Los Angeles, for Angel City Press. She produced and co-hosted Wasted: Neat Solutions to the Dirty Problem of Waste, a series currently airing on Greater LA, on KCRW public radio station. For many years she hosted KCRW’s DnA: Design and Architecture radio show. She curates public conversations about design with Helms Bakery District, and she produces independent podcasts; they include Desert X and Rodeo Drive: The Podcast. Anderton has served as correspondent for the New York Times and Dwell magazine. Her books include Grand Illusion: A Story of Ambition, and its Limits, on LA’s Bunker Hill, based on a studio she co- taught with Frank Gehry and partners at USC School of Architecture. Honors include the 2020 ICON Award from the Los Angeles Design Festival. 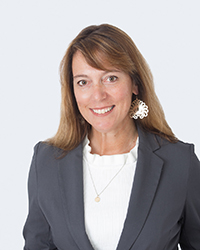 Julie Baker is Executive Director, Californians for the Arts/California Arts Advocates. As the Executive Director of California’s statewide arts advocacy organizations since Fall of 2018, Julie has worked to increase the legislative clout and visibility of the arts community by building coalition across the for and non-profit sectors of California’s creative industries, producing a month long arts awareness and advocacy campaign every April, and fighting for resources and legislation to serve and protect artists and cultural workers. She serves as the California State Captain to Americans for the Arts' National Arts Action Summit and is on the board of California Heritage: Indigenous Research Project. She was also elected as a Nevada County School Board member in November of 2020. Over the years, Julie has owned a fine arts gallery for emerging artists, co-founded Flow art fair — a satellite to Art Basel Miami Beach — and curated projects such as the Global Rhythms Series at the Crocker Art Museum. Julie has also served as the Executive Director of The Center for the Arts, a non-profit performing arts venue and California WorldFest, an annual music and camping festival located in Grass Valley, CA. 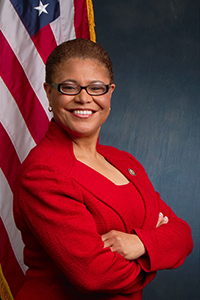 Congressmember Karen Bass was re-elected to her sixth term representing the 37th Congressional District in November 2020. Congressmember Bass serves on the House Committee on Foreign Affairs where she is the Chair of the Subcommittee on Africa, Global Health, Global Human Rights and International Organizations. She also chairs the House Judiciary Subcommittee on Crime and Terrorism, where she is active in working to craft sound criminal justice reform policies. Upon arriving in Congress, Chairwoman Bass founded the bipartisan Congressional Caucus on Foster Youth. Congressmember Bass served as the Chair of the Congressional Black Caucus in 2019 and 2020. During her tenure, the Congressional Black Caucus worked with the Congressional Hispanic, Asian Pacific Islander, and Native American Caucuses to demand a targeted response to the COVID-19 pandemic and initiate a national needs assessment for communities of color. She also introduced the George Floyd Justice in Policing Act - the most transformative piece of policing legislation to ever pass in a chamber of Congress. Prior to her election to Congress, Chairwoman Bass served in the California State Assembly, where in 2008, she made history by becoming the first-ever African-American woman in U.S. history to serve as Speaker of any state legislature. Under her leadership, the State Assembly came together to address the financial emergency with legislation to help Californians affected by the economic crisis. For her action, she was one of four legislative leaders awarded the John F. Kennedy Profile in Courage Award in 2010. In the early 1990s, she convened a small group of community organizers, both African-American and Latino, and founded Community Coalition, an organization to transform the social and economic conditions in South Los Angeles that foster addiction, crime, violence and poverty by building a community institution that involves thousands in creating, influencing and changing public policy. She worked as a Physician Assistant and as a clinical instructor at the USC Keck School of Medicine Physician Assistant Program. Congressmember Bass grew up in the Venice/Fairfax area of Los Angeles, which is the same area she represents today in Congress. She is a graduate of Cal State Dominguez Hills, the University of Southern California’s School of Medicine Physician Assistant Program, and the USC Masters Program in Social Work. 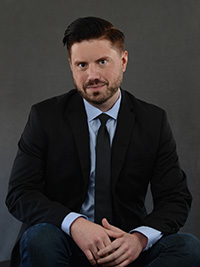 Adam J. Fowler is Director of Research at Beacon Economics. Mr. Fowler’s work focuses on regional economics, housing and urban policy, and the intersection of the creative economy and economic development. He leads the firm’s work on the film, television, and digital media and also serves as Director of Research at the UC Riverside School of Business Center for Economic Forecasting and Development. Mr. Fowler holds an M.A. degree in Political Science from the J. William Fulbright College of Arts and Sciences at the University of Arkansas and pursued a Ph.D. in Political Psychology from the University of California, Los Angeles. 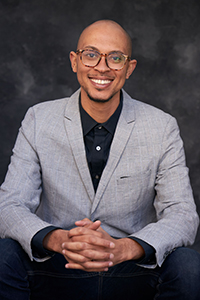 Jason Foster is the President and COO of Destination Crenshaw. Prior to this role he served as the Director of Strategic Partnerships at River LA, the organization charged with improving and revitalizing communities adjacent to the 51-mile stretch of the LA River. Jason helped to build the non-profit organization from its inception. He developed the organization’s partnerships philosophy and spearheaded programming for River LA’s strategic partnerships. Jason worked closely with community partners, corporate representatives, and residents to grow the civic pride and social responsibility surrounding the LA River. Before moving to Los Angeles, Jason worked as a Project Manager for Impact Brooklyn (previously Pratt Area Community Council) in Brooklyn, New York. He managed multiple multi-unit affordable housing projects through construction, including tenant relocations, construction project management, and property management services. Prior to construction management, Jason worked as a community organizer and was involved in campaign policy strategy and coordination. Jason holds a B.A. in Business Administration, Finance from Howard University, and is a member of Alpha Phi Alpha Fraternity Inc. (Beta Chapter), a founding member of Beta Chapter Alumni Association (501(c)3) and the Beta Chapter Investment Club. Jason also holds an MBA from the Metropolitan College of New York where he focused his studies on community redevelopment and small business incubation. He currently lives in South Los Angeles with his wife and two children, who are all native to Los Angeles. Jason is proud to have grown up in Knoxville, Tennessee. 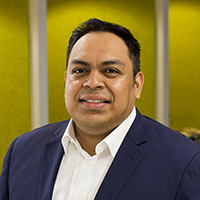 Gustavo Herrera was appointed as Arts for LA’s Executive Director in December 2018.  Prior to this role, Gustavo served as the Western Regional Director for Young Invincibles (YI), where he set strategic direction and advanced YI’s policy priorities on health care, higher education, jobs, and civic engagement for the region. Prior to his policy advocacy role, Gustavo was the Chief Operating Officer (COO) of LA Plaza de Cultura y Artes (LAPCA), overseeing the day-to-day operation of a county museum, including the oversight of a master plan committee responsible for developing three acres of additional museum campus. From 2010-2012, Gustavo led the Maestro Foundation, a classical music and performance arts foundation. Between 2007-2010, he assessed and recommended business growth strategies in the US marketplace for the global Fortune 500 Company, American Honda Motors, Co. Gustavo holds a Master of Business Administration (MBA) degree from American Jewish University and a dual Bachelor of Arts in Global Studies with an emphasis in socio-politics and economics and Art History from the University of California Santa Barbara. Gustavo serves on the Board of Directors of California Forward, Mt. San Antonio College Foundation and Californians for the Arts. He is an Advisory Board Member for the California Physician’s Alliance and the American Jewish University MBA Program. 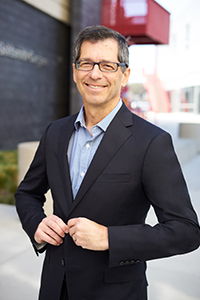 Charles Hirschhorn is President of Otis College of Art and Design. With a three-decade-long career spanning film, television, cable, broadband, animation, and video games, Charles Hirschhorn founded G4 Television, the first TV network dedicated to video games, and was Chief Creative Officer of Retirement Living TV, the country’s only network serving adults aged 50+. As Vice-President of Development for Fox Broadcasting, he helped launch the Fox Network and developed the Emmy-winning sketch comedy series, In Living Color. While Vice-President of Production at Disney’s Hollywood Pictures, he was involved in such films as The Joy Luck Club and the Oscar-nominated Quiz Show. Hirschhorn also was President of Disney Television and Television Animation, where he oversaw movies and animated TV series releases for ABC’s The Wonderful World of Disney, the Disney Channel, Disney Video Premieres, and Movietoons, managing over 1,200 employees. More recently, as President of AEG Television, Hirschhorn co-managed AXS TV, which was launched in 2012 in partnership with Mark Cuban, AEG, CAA, CBS, and Ryan Seacrest Media.