Highlights from the Event:

Since the onset of the COVID-19 pandemic, California has suffered a devastating blow to the economic growth experienced by the Creative Economy over the last decade. In the summer, the killing of George Floyd raised awareness of, in very stark ways, the inequalities and social injustices disproportionately faced by Black people in this country. The gap in unemployment rates between Black and White people is the largest it’s been in five years (source). The number of Black-owned businesses has dropped 40% during the pandemic, more than any other racial group (source). 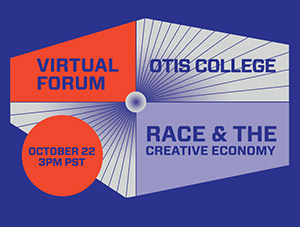 Over the summer, social media campaigns and energy behind new initiatives to amplify the work of BIPOC creatives have endeavored to undo decades of underrepresentation and address more inclusive communities, asking: What can we do to empower talent, particularly BIPOC artists and designers, in cultural and creative industries?

Starting in 2007, Otis College of Art and Design has published the Otis Report on the Creative Economy. In advance of the 2021 edition, this virtual panel will shine a light on the impact of COVID-19 on Los Angeles’ Creative Economy and how Los Angeles can address sustainable racial equity and inclusivity within these important sectors.

This virtual event took place on Thursday, October 22 from 3 p.m. to 4:30 p.m. Thank you to those who joined the conversation.

You can watch a recording of the full event here.

Download a one-page snapshot of the Creative Economy from Beacon Economics here.

Dakota Ortiz is the Director of Social Impact at Endeavor. Endeavor is a global leader in sports, entertainment, and fashion operating in more than 30 countries and is the parent of a number of subsidiaries, including WME, IMG, and UFC. Ortiz advises on social impact strategy for clients and manages the Endeavor Foundation, focused on industry inclusion. Prior to Endeavor, Ortiz was the Program Lead at AnnenbergTech at the Annenberg Foundation. He holds a BA in History from the University of California, Los Angeles. 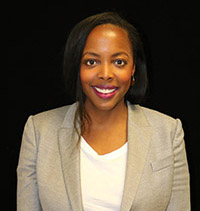 Lauren Anderson is Co-Head of Content and Programming for IMDb TV, Amazon's free, ad-supported streaming service. Lauren oversees all programming for IMDb TV, including development, production, licensing, research and strategy. Prior to joining IMDb TV, Lauren served as Head, Strategic Content for Amazon Studios, shepherding such series as "The Savage x Fenty Show" for Prime Video. Along with her more traditional professional role, Lauren is passionate about bringing new voices into the executive ranks and the creative community as a whole. Prior to Amazon, Lauren served as Chief Content Officer for NBC’s joint venture mobile content studio. As CCO, Lauren was responsible for all aspects of the studio’s business and creative development.  Prior to launching this venture, Lauren was Senior Vice President of Primetime Programming at NBC Entertainment, developing and/or overseeing scripted comedy and drama series. Lauren moved to Los Angeles from New York, where she served as an executive at the National Basketball Association. Lauren began working at the NBA as a summer intern while earning her BA from Columbia University. Although based in LA, Lauren still calls Ohio home. 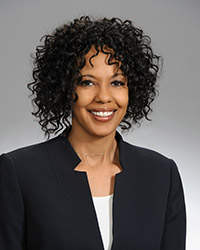 Eletrice Harris is a proud native Chicagoan. As the SoCal NOMA (National Organization of Minority Architects) Summer Camp Director and the SoCal Student Chapter Liaison, as well as the SoCal NOMA Vice President, Harris dedicates her time and talent to make sure that every student, from middle school all the way through grad school, not only knows about architecture but also believes they can become an architect. NOMA is bipartisan in nature. It consists of both professional chapters—designated as NOMA chapters—and student chapters, designated as NOMAS chapters. Both sectors of the organization are unified under the umbrella of NOMA. NOMA has as its mission the building of a strong national organization, strong chapters, and strong members for the purpose of minimizing the effect of racism in our profession. 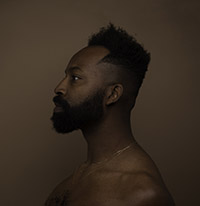 Maurice Harris (’05 BFA Fine Arts) is a Los Angeles-based artist who is best known as the visionary behind Bloom & Plume, a bespoke floral design studio located in Echo Park. Harris’s unique point of view, sense of humor, craftsmanship, and dedication to his community has made him both one of the most sought-after floral designers in Los Angeles, and one of the most followed florists on Instagram. Harris’s clients include some of the biggest names in Hollywood, as well as top tier brands such as Louis Vuitton, The Row, Goop, Opening Ceremony, Dior, Nike, Gucci, Valentino, Dolce & Gabbana, Warby Parker, MOCA, and LACMA, among others. Harris has been featured in Vogue, W Magazine, Los Angeles Times, The Hollywood Reporter, Saint Heron, Rip + Tan, and appeared on-air for Viceland. Additionally, Harris’s art career has been emerging with a flower sculpture at MOCA, photography at the San Diego Art Institute, and a performance piece at The Broad. He is also the co-owner of Bloom & Plume Coffee. Most recently, you can see him on his TV show, Centerpiece, for Quibi, and the upcoming Full Bloom for HBOMax. 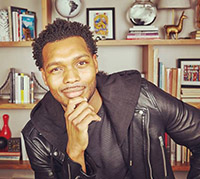 Francis Roberts is Head of Creator Partnerships at Snap Inc. Francis oversees relationships with digital-native talent supporting content opportunities for creators on the platform and identifying opportunities to develop Snap’s Creator Shows and Snap Originals. He joined Snap earlier this year to bring his vast experience in the digital creator space to the platform, having worked with some of YouTube’s biggest creators during his eight-year tenure at Google. He has collaborated with some of the most popular Creators and celebrities, including Will Smith, Naomi Campbell, Liza Koshy, Jackie Aina, The Try Guys, Tre Melvin, and more. Prior to joining Google, he was co-founder of BE LLC, a New York-based event planning and digital media firm. Francis holds a bachelor’s degree in international business with a focus on Asia-Pacific studies from Howard University.

Kristin Sakoda is the Director of the Los Angeles County Department of Arts and Culture, which has as its mission to advance arts, culture, and creativity throughout the creative capital and largest county in the U.S. The Department of Arts and Culture provides funds for hundreds of nonprofit organizations; runs the LA County Arts Internship Program—one of the largest paid arts internship program in the nation; coordinates the Arts Ed Collective, a public-private local arts education initiative; supports access to creative career pathways; commissions civic art for civic spaces; supports free community arts programs; leads the LA County Cultural Equity and Inclusion Initiative; and advances cross-sector cultural strategies to address civic issues.

Appointed by the Los Angeles County Board of Supervisors in 2018, Sakoda previously served as Executive Director of the Los Angeles County Arts Commission. Under her leadership, she led the organization during its historic transition into the County’s first Department of Arts and Culture, and the adoption of a first-of-its-kind Countywide Cultural Policy for the region. A Broadway theater veteran, Sakoda is an arts executive, attorney, and performing artist with more than 25 years in the field. She previously held senior roles at the New York City Department of Cultural Affairs. She holds a JD from NYU School of Law with honors in Entertainment Law, and a BA from Stanford University, specializing in Race and Ethnicity and Feminist Studies. She is a Board member-elect of Grantmakers in the Arts, the U.S. national association of public and private arts funders. 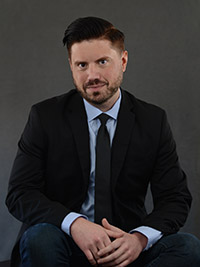 Adam Fowler is the Director of Research at Beacon Economics. Fowler’s work focuses on regional economics, housing and urban policy, and the intersection of the creative economy and economic development. He leads the firm’s work on film, television, and digital media and also serves as Director of Research at the UC Riverside School of Business Center for Economic Forecasting and Development. Fowler holds an MA degree in Political Science from the J. William Fulbright College of Arts and Sciences at the University of Arkansas, and pursued a PhD in Political Psychology from the University of California, Los Angeles. 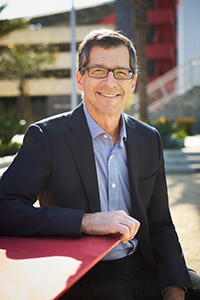 Charles Hirschhorn is the President of Otis College of Art and Design. With a three-decade-long career spanning film, television, cable, broadband, animation, and video games, Hirschhorn founded G4 Television, the first TV network dedicated to video games, and was Chief Creative Officer of Retirement Living TV, the country’s only network serving adults aged 50+. As Vice-President of Development for Fox Broadcasting, he helped launch the Fox Network and developed the Emmy-winning sketch comedy series, In Living Color. While Vice-President of Production at Disney’s Hollywood Pictures, he was involved in such films as The Joy Luck Club and the Oscar-nominated Quiz Show. Hirschhorn also was President of Disney Television and Television Animation, where he oversaw movies and animated TV series releases for ABC’s The Wonderful World of Disney, the Disney Channel, Disney Video Premieres, and Movietoons, managing over 1,200 employees. More recently, as President of AEG Television, Hirschhorn co-managed AXS TV, which was launched in 2012 in partnership with Mark Cuban, AEG, CAA, CBS, and Ryan Seacrest Media.

Hirschhorn is an active community member. For over a decade, he has volunteered with Chrysalis, offering job counseling services to convicted felons. In addition to Berklee College of Music, he serves on the boards of Harvard College Office of the Arts, and Wilshire Boulevard Temple, and is on the advisory board of USC’s Lloyd Grief Center for Entrepreneurial Studies. He also is a founder of L.A. City Partners. He holds a BA degree from Harvard College, and served as an Arts Management Fellow for the National Endowment for the Arts. 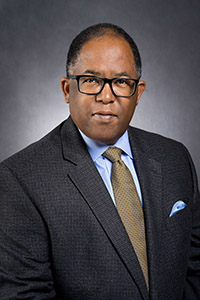 Mark Ridley-Thomas is a member of the Los Angeles County Board of Supervisors, Second District. Since he was overwhelmingly elected in 2008, and reelected in 2012 and 2016, Supervisor Ridley-Thomas has distinguished himself as an effective leader and advocate for structural change for more than two million Second District residents. Supervisor Ridley-Thomas authored and led LA County’s unprecedented effort to end homelessness through Measure H.  He is a board member of the Los Angeles County Metropolitan Transportation Authority, the Los Angeles Memorial Coliseum Commission, and LA Care, the nation’s largest, publicly operated health plan.

Prior to his election to the Board of Supervisors, Supervisor Ridley-Thomas served the 26th District in the California State Senate, where he chaired the Senate’s Committee on Business, Professions, and Economic Development. While in the Senate, he served as Chair of the California Legislative Black Caucus in 2008, and led the Caucus in unprecedented levels of cooperation and collaboration with counterparts in the Latino and Asian-Pacific Islander Legislative Caucuses.

Supervisor Ridley-Thomas was first elected to public office in 1991 and served with distinction on the Los Angeles City Council for nearly a dozen years, departing as Council President pro Tempore. He later served two terms in the California State Assembly, where he chaired the Jobs, Economic Development, and Economy Committee, and Chaired the Assembly Democratic Caucus.

He is widely regarded as the foremost advocate of neighborhood participation in government decision-making by virtue of his founding of the Empowerment Congress, arguably the region’s most successful 27-year initiative in neighborhood-based civic engagement. Supervisor Ridley-Thomas’s political career was preceded by a decade of service as the executive director of the Southern Christian Leadership Conference of Greater Los Angeles (1981-1991).

Supervisor Ridley-Thomas graduated from Manual Arts High School (Class of 1972) and then earned BA and MA degrees, along with secondary and adult education credentials, from Immaculate Heart College. In 1989 Supervisor Ridley-Thomas received his PhD in Social Ethics from the University of Southern California, focusing on Social Criticism and Social Change.