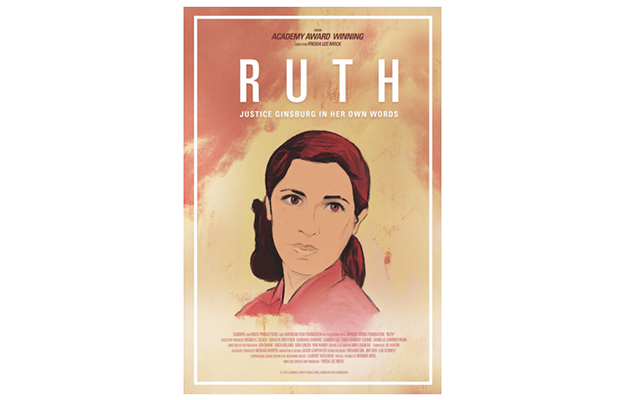 Otis College of Art and Design is extending Women's History Month to feature an informative discussion about the Notorious RBG in award-winning director Freida Lee Mock's latest project, Ruth: Justice Ginsburg in Her Own Words. Mock will discuss documentary filmmaking and share clips from the film.

Ruth: Justice Ginsburg in Her Own Words tells the story of how, at the outset of her career, legal firms viewed Ginsburg as unhireable due to her gender, despite graduating top of her class from both Harvard and Columbia Law Schools. The film uses Ginsburg's own words and actions to reveal the breadth of her life and career—from her work as a trailblazing litigator for the ACLU's Women's Rights Project, to her groundbreaking work as an appellate judge. She became the second woman and the second civil rights attorney to serve as an Associate Justice of the Supreme Court, ultimately garnering her the moniker "The Notorious RBG."

Oscar and Emmy Award winner Freida Lee Mock is an L.A.-based director, writer, and producer of feature-length and short-form theatrical documentary films. Her five Academy Award nominations include Maya Lin: A Strong Clear Vision (which won the Academy Award), a feature film about creativity and the designer of the Vietnam Veterans Memorial in Washington, D.C. Mock is also known for her film biography of another woman who made history with her courage and fortitude, Anita Hill, in Anita: Speaking Truth to Power.

This lecture is presented as part of the LAS course "Essence of Eve: Women in Film" taught by Scarlet Cheng. This event is Co-Sponsored by the Liberal Arts and Sciences Department, Human Resources and Development, and Student Affairs.