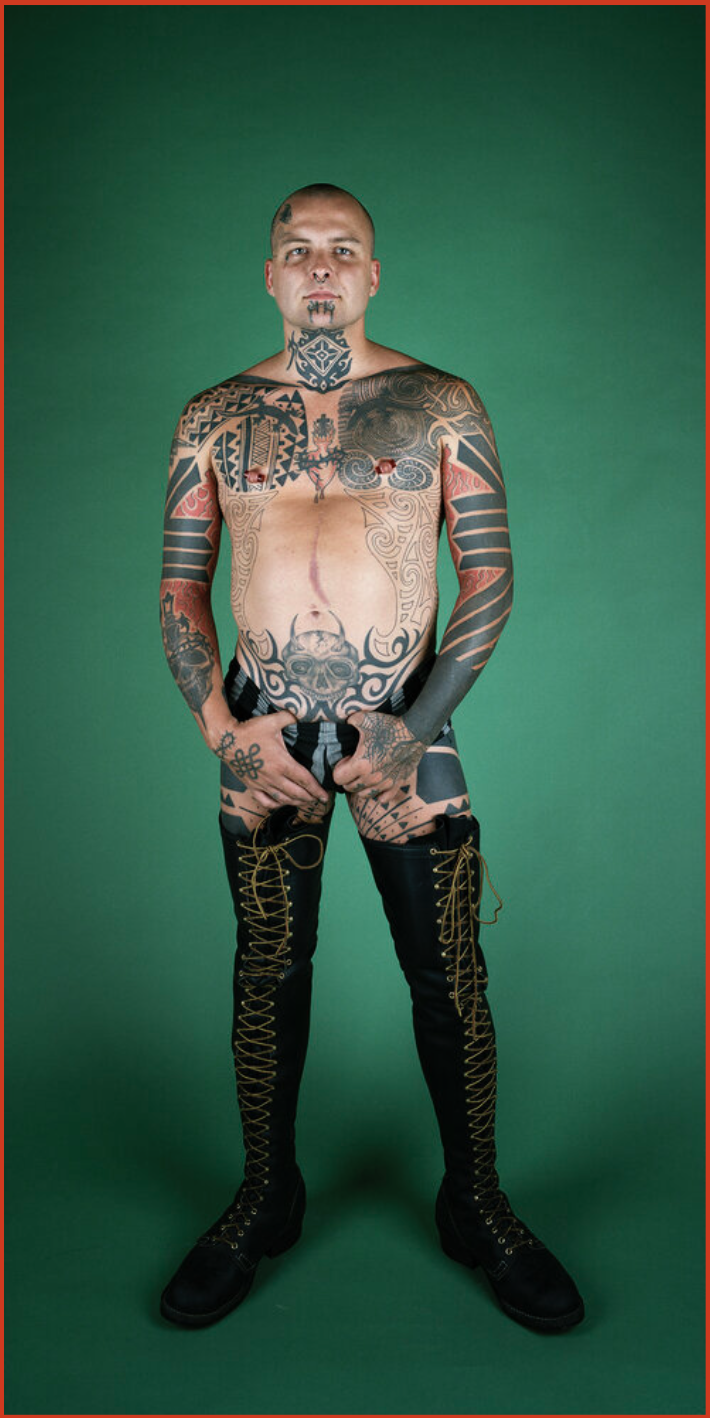 Ron Athey has been working at the vanguard of performance art for 40 years. Self-taught, his work developed out of post-punk/pre-goth scenes and begins with Premature Ejaculation (PE), an early 1980s collaboration with Rozz Williams. Their approach to performance art was informed by the club actions of Johanna Went and the formulation of Industrial Culture, the idea of psycho/neuro acoustics in sound performance. In the 1990s, Athey formed a company of performers and made Torture Trilogy, a series of works that addressed the AIDS pandemic directly through memorializing and philosophical reflection.

Athey’s work is characterized by the physical intensity of 1970s body-art canon, such as COUM Transmission, Carolee Schneeman, and the Viennese Actionists, which toured internationally. The trilogy’s final chapter, Deliverance, was commissioned and premiered at the ICA London. In the 2000s, Athey developed genre-stretching theatrical works like Joyce and The Judas Cradle, and a series of major solo performances such as The Solar Anus, Sebastiane, Self-Obliteration Solo, and Incorruptible Flesh, a series of solo performances that reflect Athey’s collaborations with the late Lawrence Steger.

Gifts of the Spirit: Prophecy, Automatism and Discernment is Athey’s vision for an automatic writing machine brought to life in collaboration with composer and opera director Sean Griffin. Athey has been writing Gifts of the Spirit since 1980, when he moved away from the Pentecostal and Spiritualist practices in which he was raised. These writings describe his experience of growing up as a “living saint” within an environment of abuse, vibrating with the energy of the otherworldly and doing so without faith.

Currently, Athey is presenting Acephalous Monster, a performance with projections, readings, lectures, appropriated text, and sound. Largely inspired by the secret society of Acéphale, Andre Masson’s design of a mascot, and drawing parallels between pre-Occupation 30s Paris with pre-Operation Spanner UK, the work is an attempt to make sense of a current reality where neo-fascism is mutating, creeping, and marching.