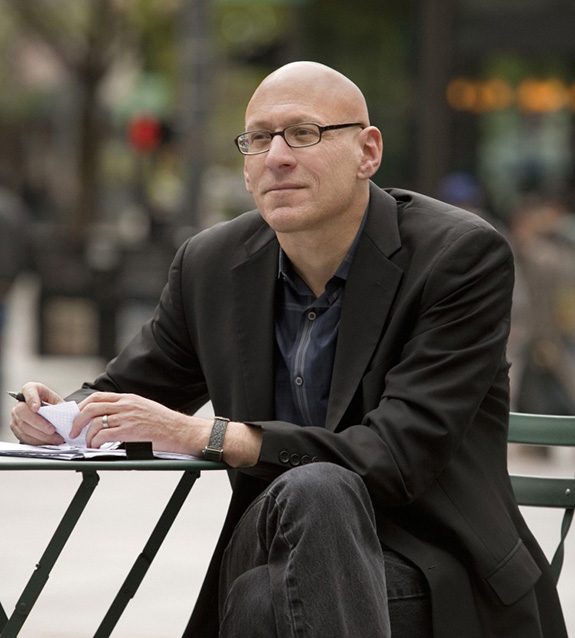 David Shields is the internationally bestselling author of twenty-two books, including most recently The Trouble With Men: Reflections on Sex, Love, Marriage, Porn, and Power, as well as Reality Hunger, named one of the best books of 2010 by more than thirty publications, The Thing About Life Is That One Day You’ll Be Dead, a New York Times bestseller, Black Planet, a finalist for the National Book Critics Circle Award, and Other People: Takes & Mistakes, a NYTBR Editors’ Choice. The film adaptation of I Think You’re Totally Wrong: A Quarrel was released by First Pond Entertainment in 2017. Nobody Hates Trump More Than Trump: An Intervention was published in 2018. A recipient of Guggenheim and NEA fellowships and a senior contributing editor of Conjunctions, Shields has published essays and stories in the New York Times Magazine, Harper’s, Esquire, Yale Review, Salon, Slate, A Public Space, McSweeney’s, and The Believer. His work has been translated into  two-dozen languages.