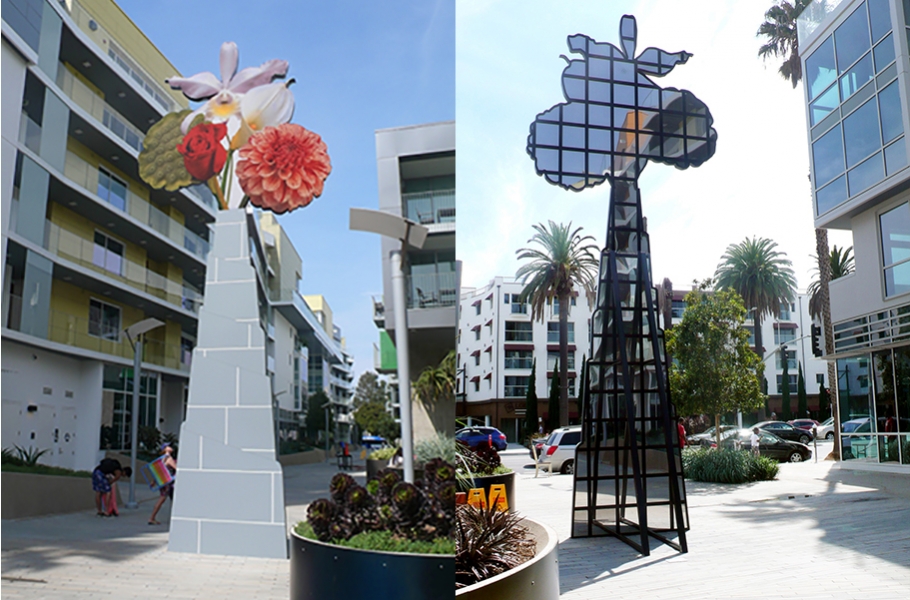 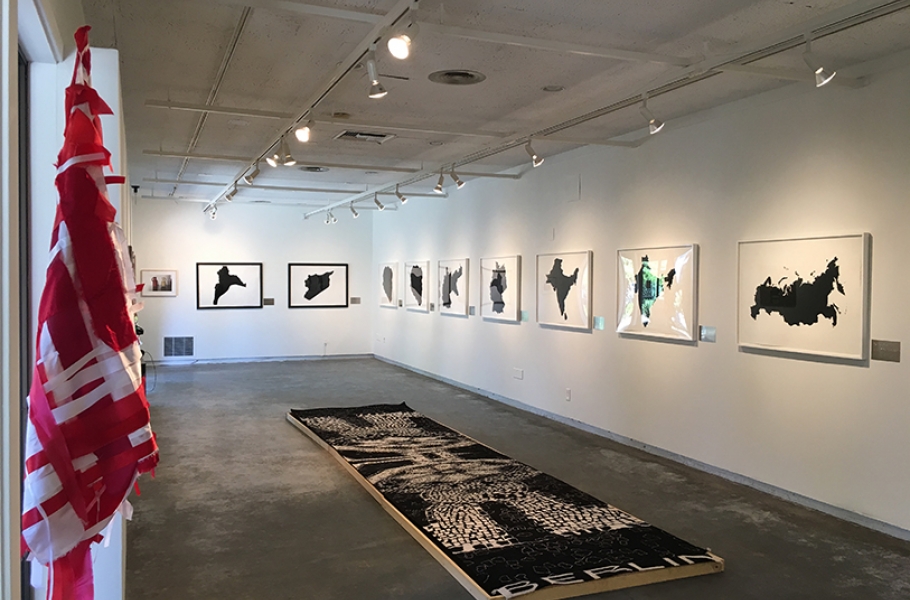 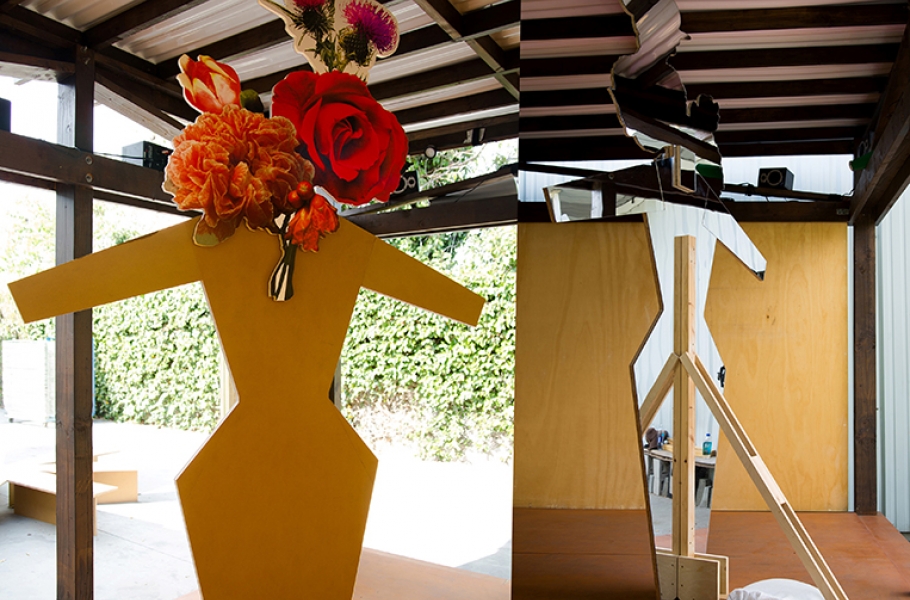 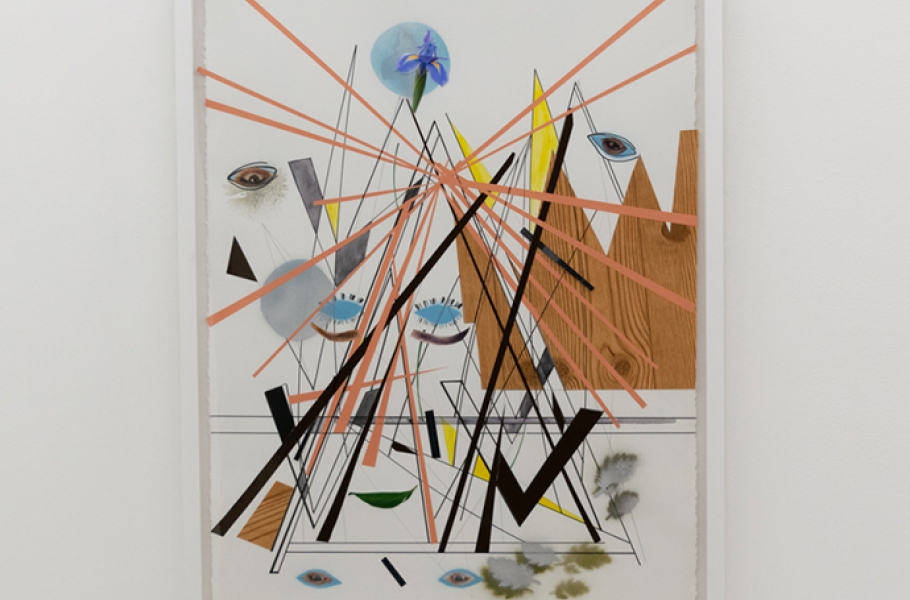 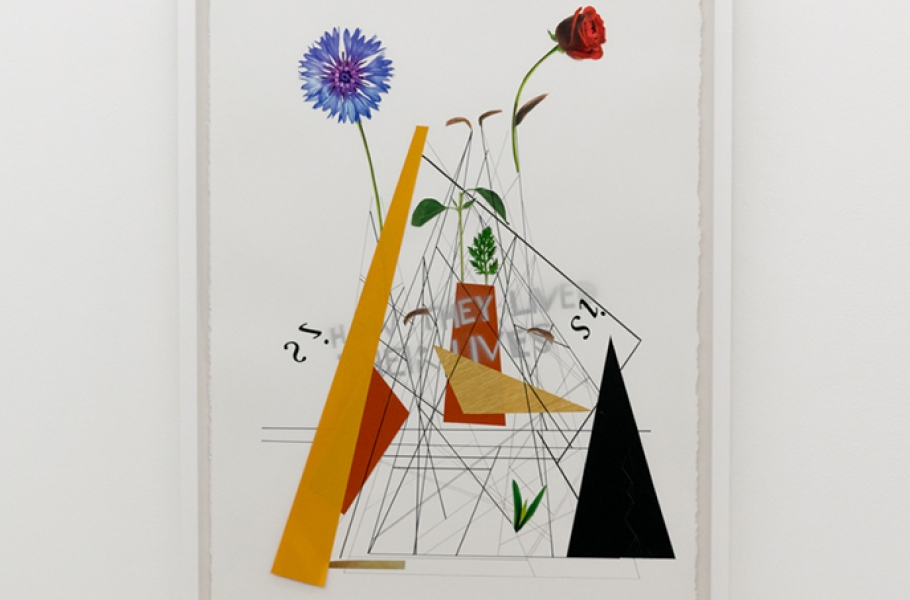 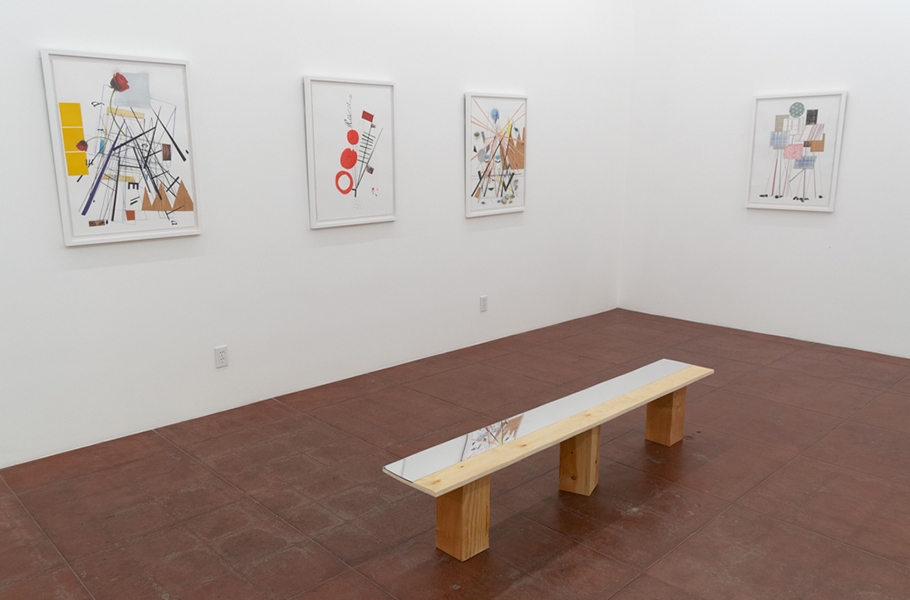 From Here to There (Nowhere), 2017
Pierce College Art Gallery
Installation view of exhibition

Renée Petropoulos has created projects and exhibited internationally. Recently embarking on the project "Among Nations (Mostly)" with a performance "Analogue" (2012) at the MAK, Venice to Venice (2012)  as part of the Hammer Museum’s Made in L.A. and “Women in Surrealism” for LACMA (Los Angeles County Museum of Art). "Black Star", begun in 2006, is a performance in continuum in Berlin.  Her installment of "Prototype for the History of Painting: Eingrouping Social Historical" was installed in MARTE San Salvador, El Salvador.  Her film, "Two or Three Things I Know About Gas Station Mini Marts" screened at Screening, in Philadelphia.   The outdoor public sculpture project “Bouquet”(Flower Tower) Between Egypt, India, Iraq, the United States, Brazil, Ethiopia, and Mexico”, situated in Santa Monica, California at a street and pedestrian intersection was completed in spring, 2014.   An exhibit of related subject, “Bouquet(Flower Girl) Between Libya, the United States and Scotland”, was installed at LAMOA in Eagle Rock in May 2014.  Petropoulos’ monument drawings were also included in “Forms of the Formless” at Beijing Moca, curated by Marlena Donahue. From the United States to Mexico/ From Mexico to the Untied States, was presented at Commonwealth and Council, which included a choreographed performance. She exhibited Monument 1 – conjugation, with the Proxy Gallery in Paris in 2016.  In 2016, a cd of sound work, Between Libya, the United States and Scotland, created with composer Greg Lenczycki, was released.  Two works were presented in 2016, one with the Isaura String Quartet and a reading of sculpture, “Cheek by Jowl”, at Hauser Wirth Schimmel. Her project with former student, Amanda Katz was released in summer, 2015 in 7 x 7 (7x7).  In Naples Italy,  Renée work oned a collaborative project, with Neapolitan scholar, Dr. Denise Spampinato.  In 2018, she produced a project in conjunction with the MACO in Oaxaca, Mexico and in 2019 resided as guest artist at the Palm Springs Museum.