CBS News reported on January 20, 2015 that "Sixty percent of employers said they would be interested in young job applicants who had both field-specific and a broad range of knowledge and skills." Otis is not a vocational training college. Robust Liberal Arts and Sciences courses are important for students because they provide a well-rounded education. CBS News also reported that: "Employers said they would also be more inclined to hire a new grad if he/she had completed a senior project that demonstrated research, problem solving and communication skills. And 81 percent said they'd be more receptive to hiring applicants who had taken multiple courses involving significant writing."

Please note that 3 of the highest desired skills are Information Literacy, Written Communication, and Critical Thinking. These three areas are also the areas with the greatest discrepency between how employers rate graduates' preparedness versus how students rate their skills.

The Chronicle of Higher Education publicized the findings in an article published on January 20, 2015. Here's an excerpt:

That's why, at Otis, we are focusing on these three learning outcomes, especially in LAS courses. We want our graduate to be successful in every way possible after Otis.

More charts from the report: 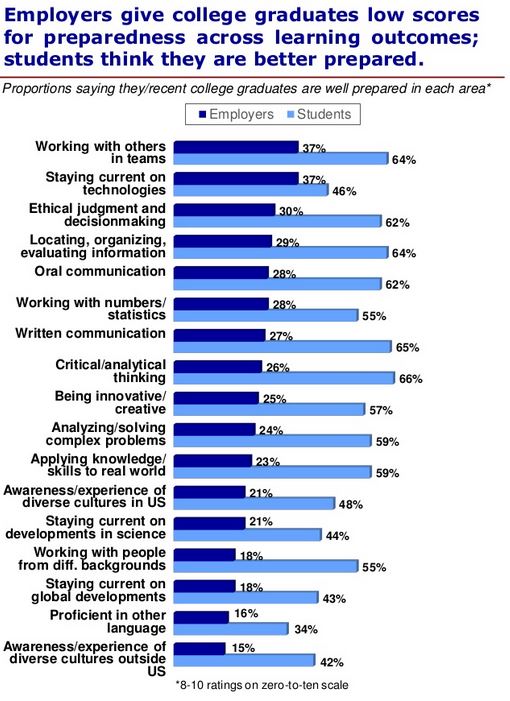