“With nearly 1 out of 5 jobs in Los Angeles County supported by the creative economy, its importance as a source of job creation cannot be understated,” says Ridley-Thomas.

On Wednesday, February 12, at the Mark Taper Auditorium of the Los Angeles Central Library, Otis College of Art and Design released its findings for the 2020 Otis Report on the Creative Economy featuring remarks by L.A. County Supervisor Mark Ridley-Thomas and Amir Whitaker, staff attorney for ACLU of Southern California.

The 2020 Otis Report on the Creative Economy continues the College’s partnership with Beacon Economics to produce the Report, which highlights five creative industries and eight regional snapshots. New to the Otis Report this year are spotlights on two significant areas that include the growth of the gig economy and nontraditional work arrangements, as well as education in the arts as a critical training ground for the future of the creative economy and its leaders. 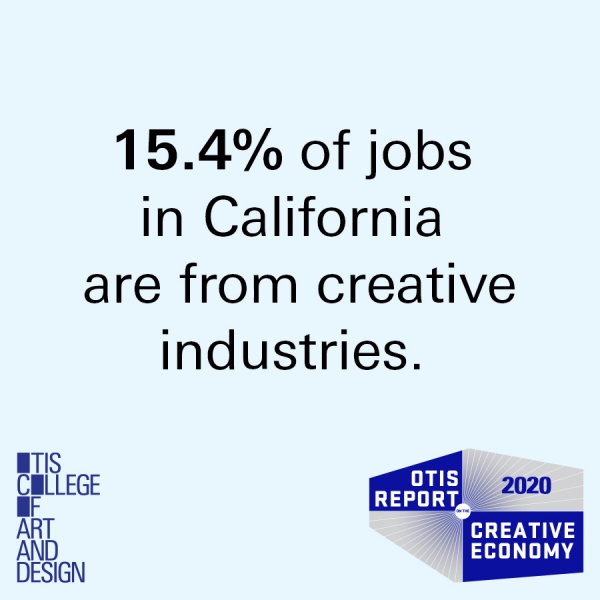 “With nearly 1 out of 5 jobs in Los Angeles County supported by the creative economy, its importance as a source of job creation cannot be understated—it represents one of our greatest opportunities for the future,” said Supervisor Mark Ridley-Thomas. “As a policymaker data helps us turn information into insights and insights into action. On this front, this report has been deeply impactful.”

The report, now in its 13th year, has become highly recognized throughout the state of California and throughout the world as a key indicator of creative economic activity for the world’s 5th-largest economy.

Significant findings in the 2020 Otis Report on the Creative Economy include: 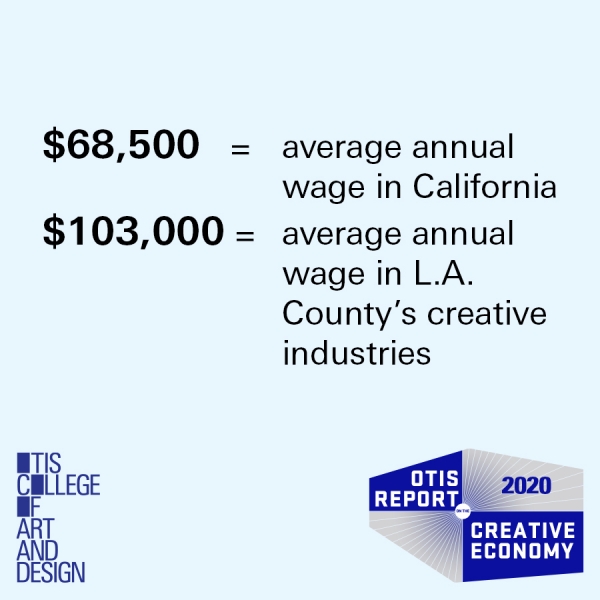 The 2020 Otis Report on the Creative Economy is available to download as a PDF from a dedicated, interactive website, which also allows for a greater investigation into the report findings at this link. Support for the 2020 Otis Report on the Creative Economy has been provided by the City of Los Angeles Department of Cultural Affairs; Supervisor Mark Ridley-Thomas, Los Angeles County Board of Supervisors, Second District; Stuart Foundation; Endeavor Foundation; City National Bank; Gallagher; and Moss Adams.