Students collaborate with Jason Wu and leading fashion and entertainment industry talent including top celebrity stylists and designers from Vince, Bao Tranchi and B. Akerlund

As Otis College of Art and Design celebrates its Centennial Year and 100% Initiative, the College is pleased to announce the 37th Annual Scholarship Benefit and Fashion Show, the second show to take place at the college on May 4, 2019. Featuring exceptional student work that represents the culmination of a rigorous, year-long mentorship program with leading industry talent, the Fashion Show will feature well over 100 designs from this year’s junior and senior fashion design classes. Each design is grouped into a specific creative direction as identified by the industry mentors, this year focusing on the theme of Limitless.

“The theme of Limitless resonates on multiple levels. This year we broadened the scope of who we asked to collaborate as mentors. Historically, it’s been limited to ready-to-wear designers and costume designers, but this year we’ve also included stylists and influencers providing students a broader perspective for their career choices,” said Jill Higashi Zeleznik, chair of the Fashion Design department. “It’s also a fitting theme in the year that Otis College celebrates its Centennial and looks toward the future.” 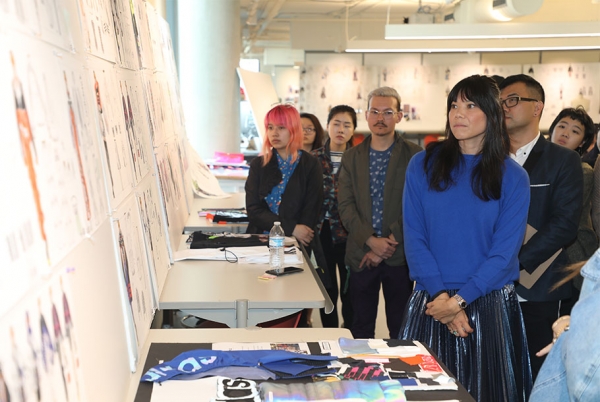 As part of this year’s mentorship program, top industry talent from the fields of luxury, lifestyle and entertainment have participated, including Otis College alumni. This year’s mentors include designers Deborah Sabet and Patrik Ervell, and Arthur Thammavong of Vince, Jennifer Tong of Adidas/Agron and Robert Lee of Adidas, creative talent from Ralph Lauren, costume designer for ABC’s show Once Upon A Time, Eduardo Castro, and celebrity stylist B. Akerlund. Alumni designers participating in this year’s Fashion Mentorship program include designer and Influencer Bao Tranchi, Arthur Thammavong, Deborah Sabat, and Jennifer Tong.

Of particular note this year is Jason Wu’s collaboration with Otis College and Mary and David Martin’s MADWORKSHOP Foundation to mentor 15 Senior students. His mentorship students benefit from access and a unique partnership between MADWORKSHOP and the Costume and Textiles Department at the Los Angeles County Museum of Art (LACMA), aiding in his design direction a nod to the 50s and uniforms for women that express an overall sense of equality and liberation.

In addition, the involvement of celebrity designer Bao Tranchi, stylist and costume designer and B. Akerlund, and costume designer, Eduardo Castro, represents the ongoing and close collaboration that Otis College fosters with entertainment industry design talent. Tranchi, who has designed clothes for Jennifer Lopez, Ashley Graham, Nicki Minaj, Gigi Hadid, and Kylie Jenner, provides insight for junior students interested in careers connected to entertainment whether in music, film or performing art. B. Akerlund, who has styled for Lady Gaga, Rihanna, Beyonce, and Madonna, among others, will also share her philosophy about how dressing others can be a method of self-expression,  individuality, and creativity. 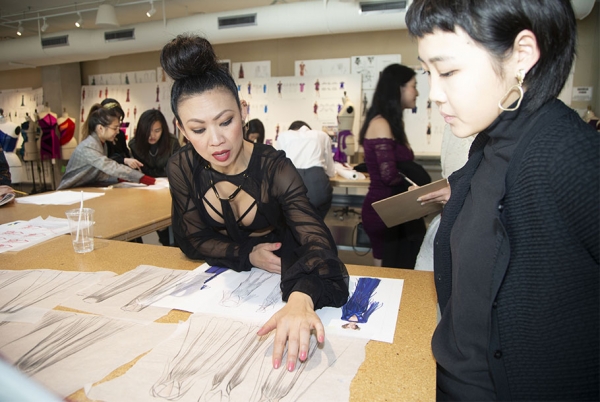 Otis College first began offering classes in fashion design in 1980 when the College was located in the neighborhood of MacArthur Park. Its first Scholarship Benefit Fashion Show was held at the Hard Rock Café in Hollywood in 1983. In the following decades, the Fashion Department was based in the Fashion District of Downtown Los Angeles until 2016 when it formally relocated to the Elaine and Bram Goldsmith Campus of Otis College in Westchester. In its four decades, important Fashion Design alumni have included top talents in the design world including Rick Owens, Claire Pettibone, Rob Beattie, Bao Tranchi, Deborah Sabet, Marisol Garona-Bradford, Red Carter, and Chris Chang, many of whom have returned to Otis College to mentor a new generation of design talent.

Produced in collaboration with J. Ben Bourgeois Productions, the event will feature a unique use of space at Otis College’s Elaine and Bram Goldsmith Campus. J. Ben Bourgeois Productions is known for their expertise in upscale, defining event production, having produced events before for organizations and institutions including LACMA, MOCA, the Annenberg Foundation, The Getty Center, and The Broad, among many others.

Now in its 37th year, the Annual Scholarship Benefit and Fashion Show was founded by Elaine Goldsmith, Chair Emerita of the Board of Trustees at Otis College.

Learn more about the show and get tickets.