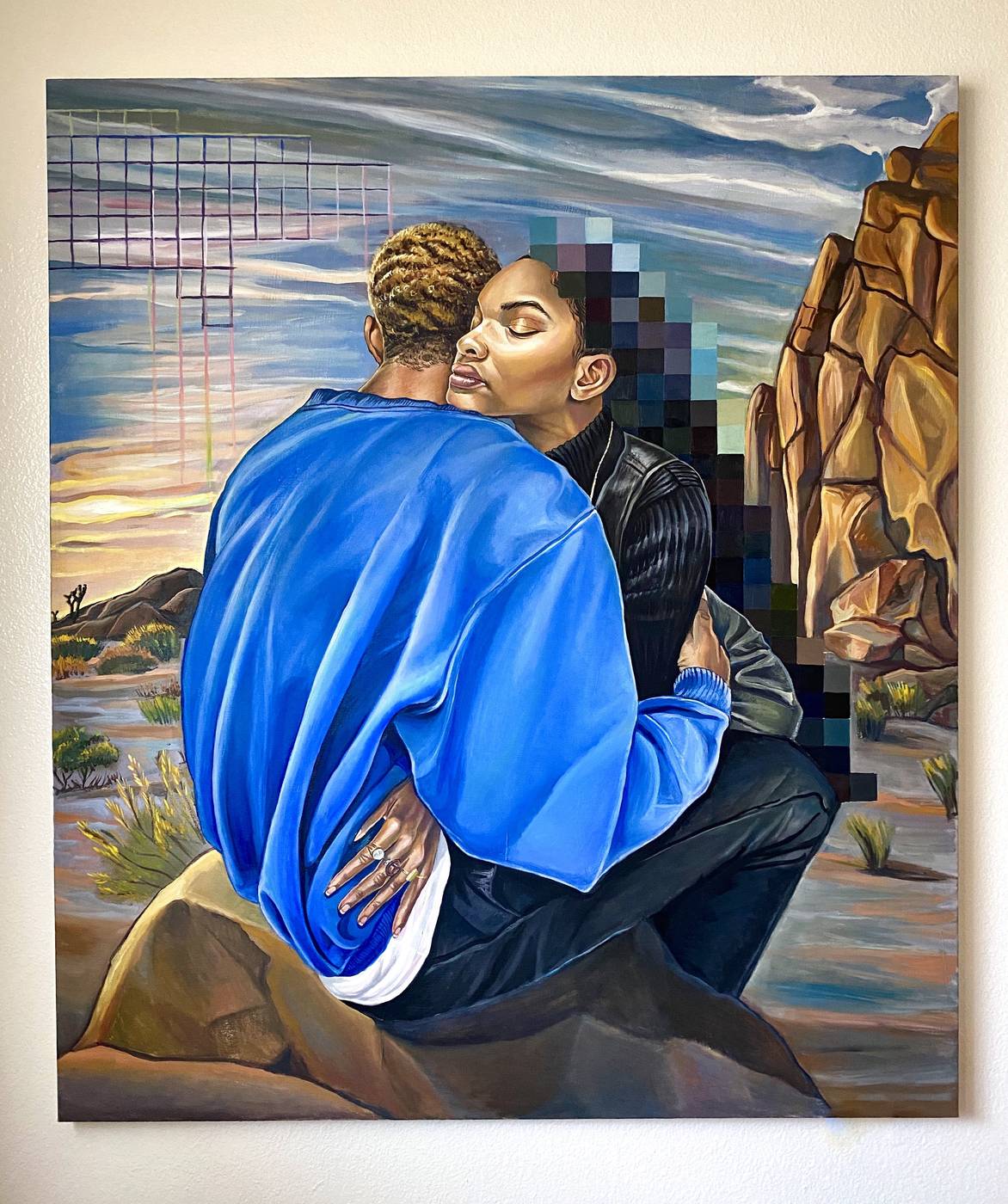 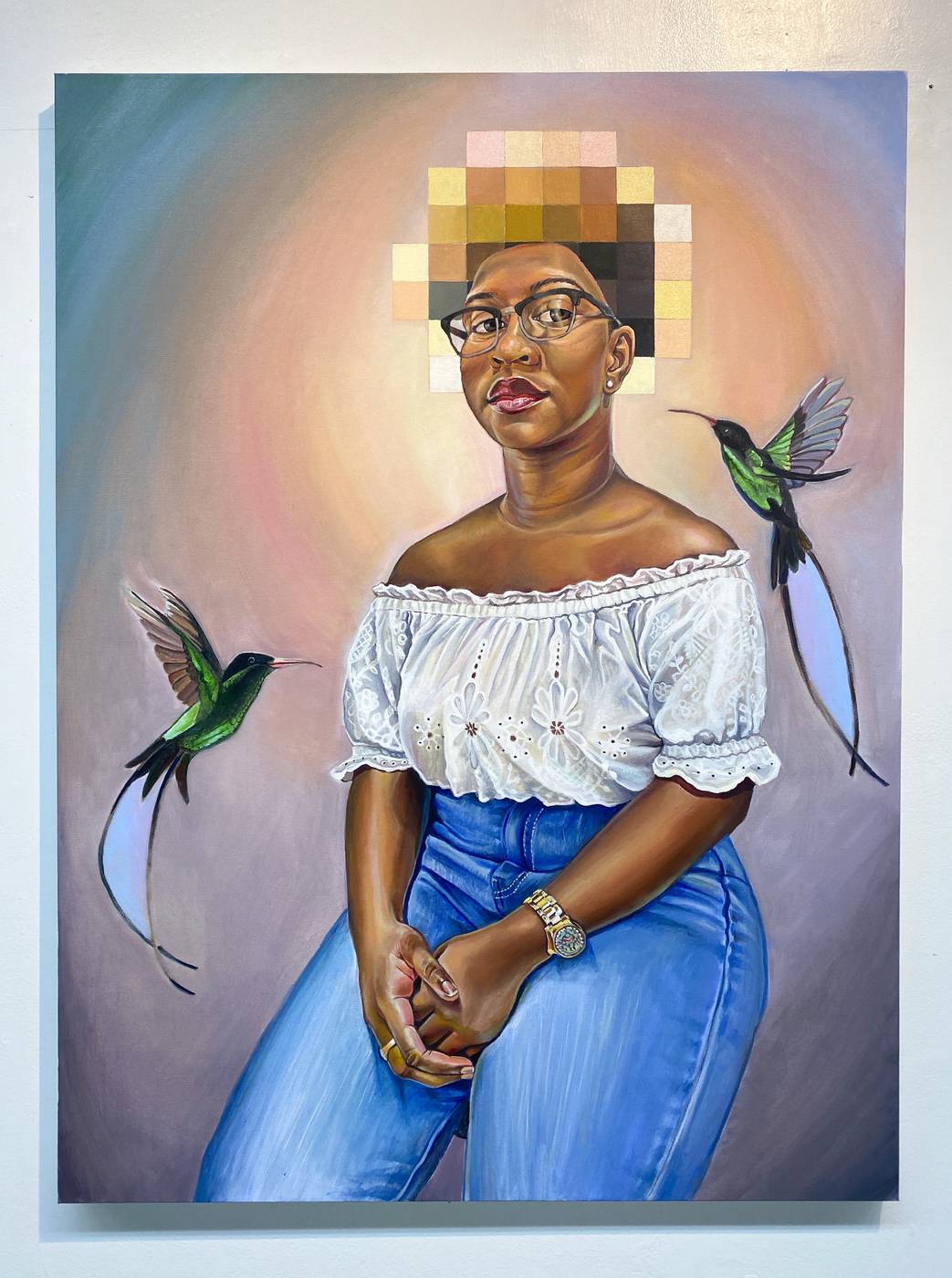 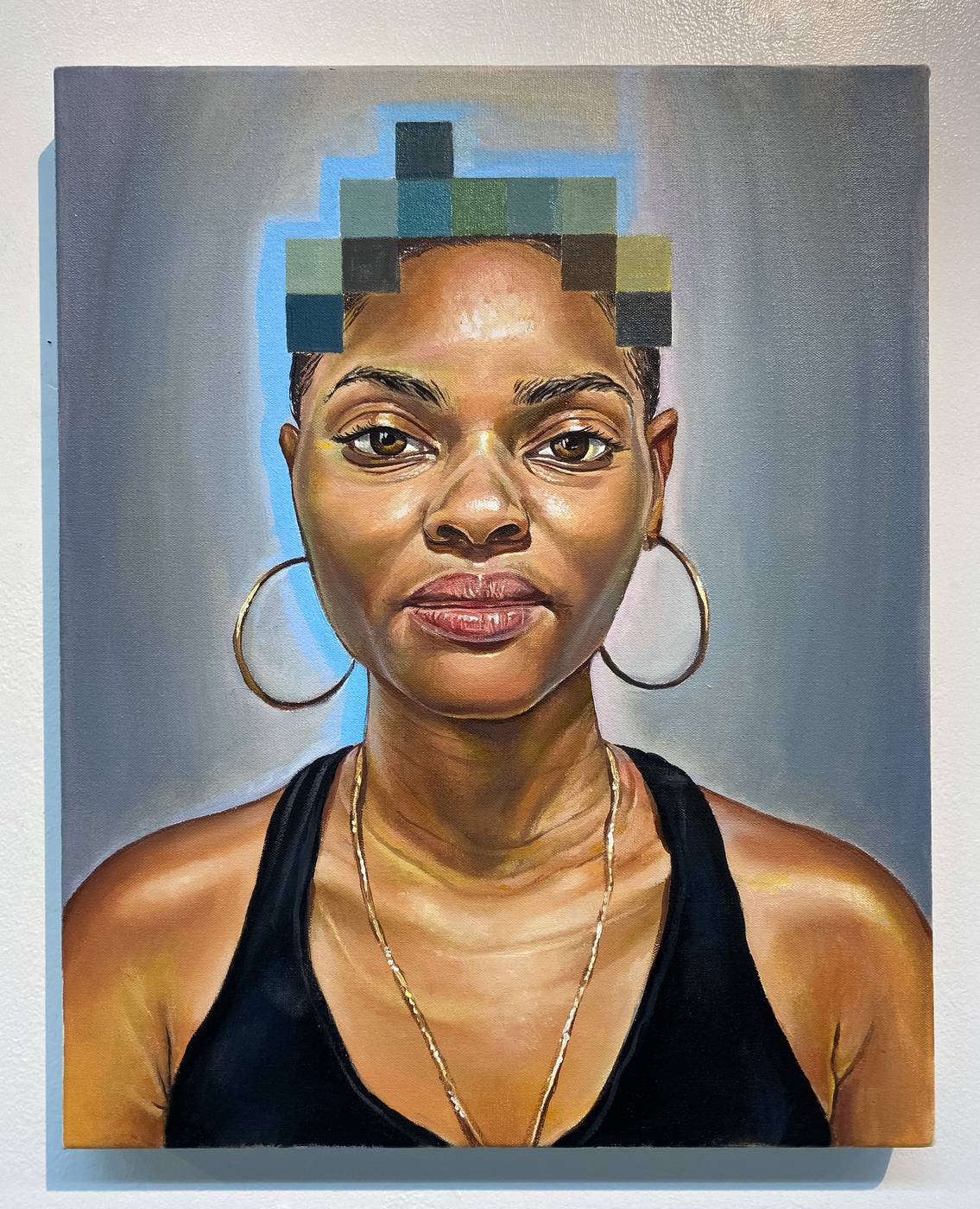 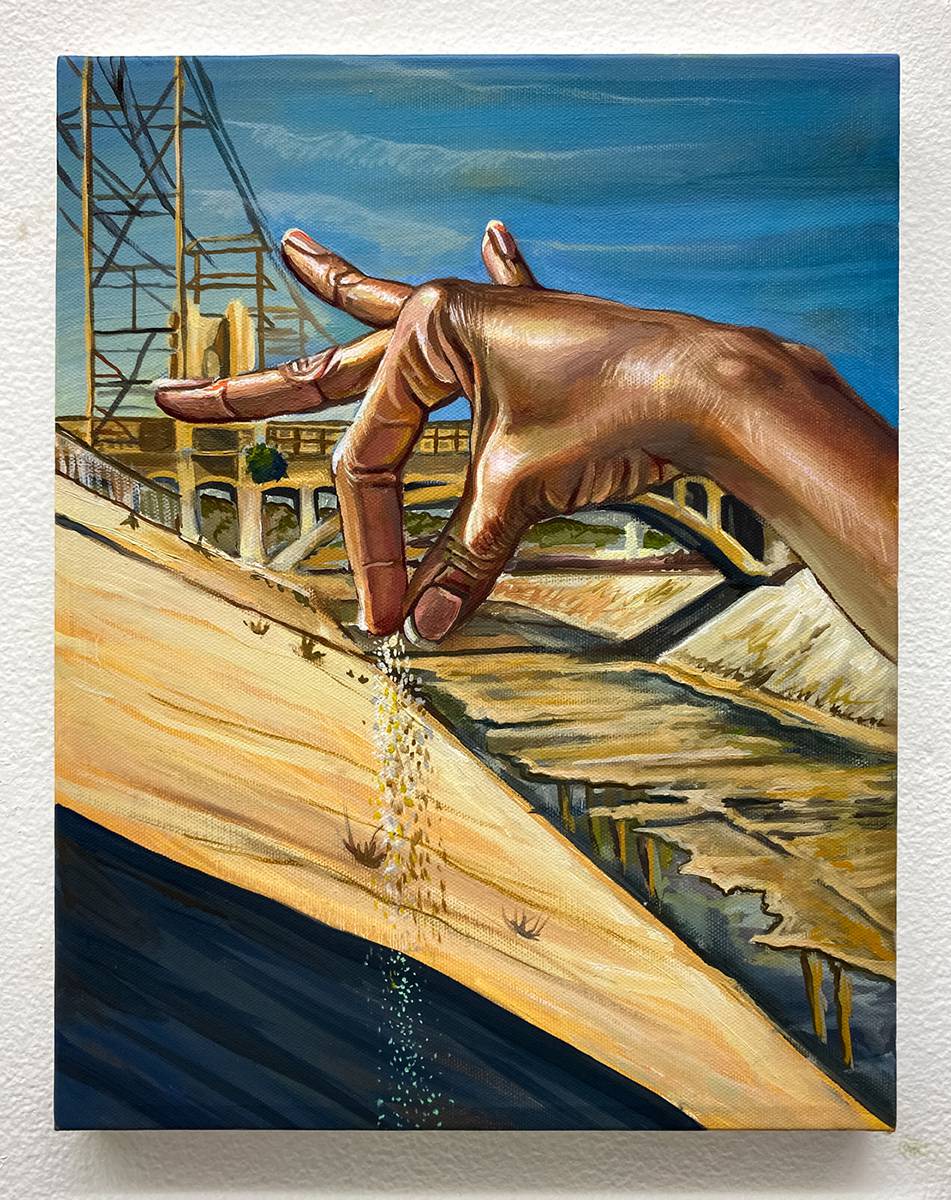 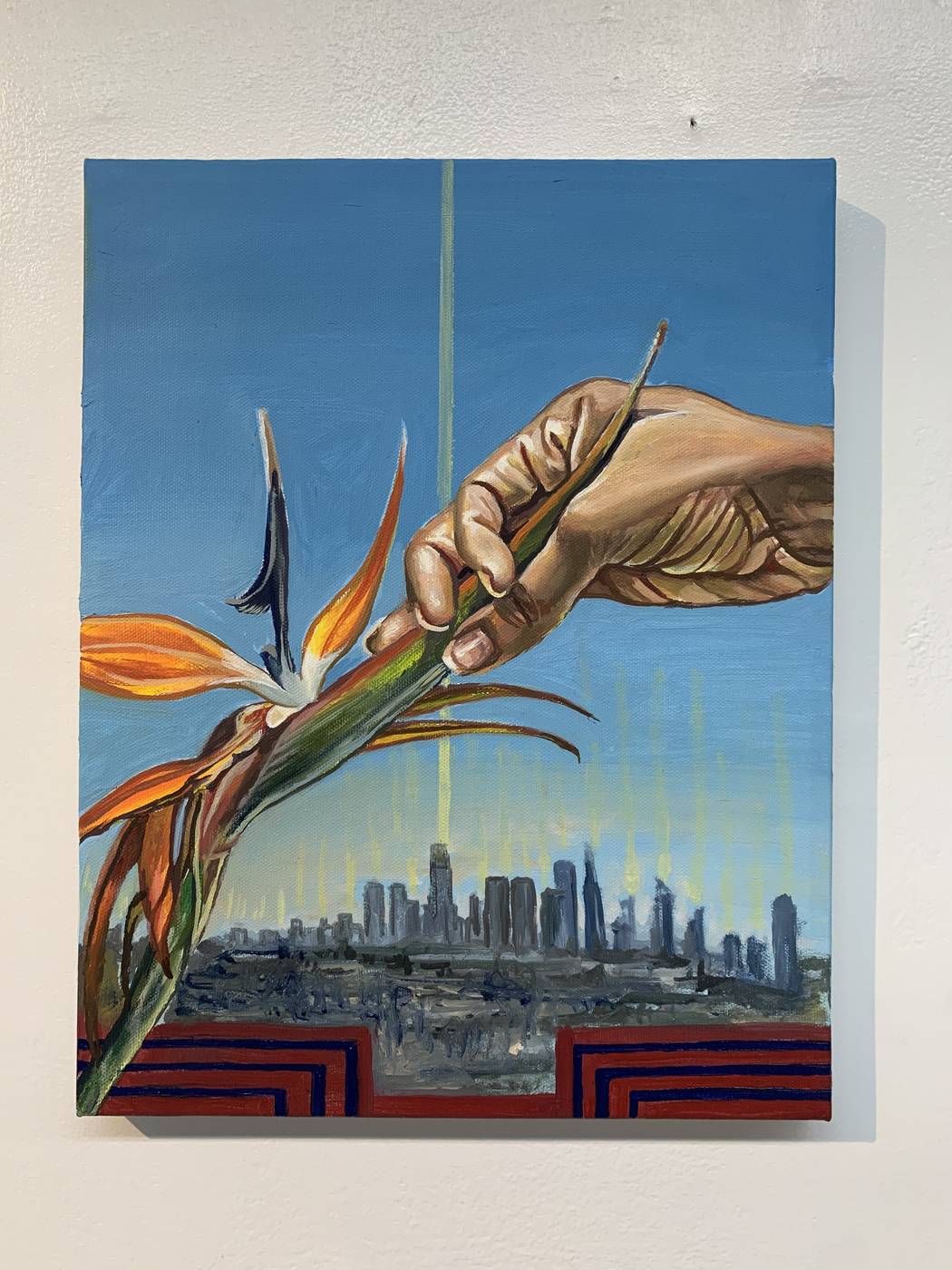 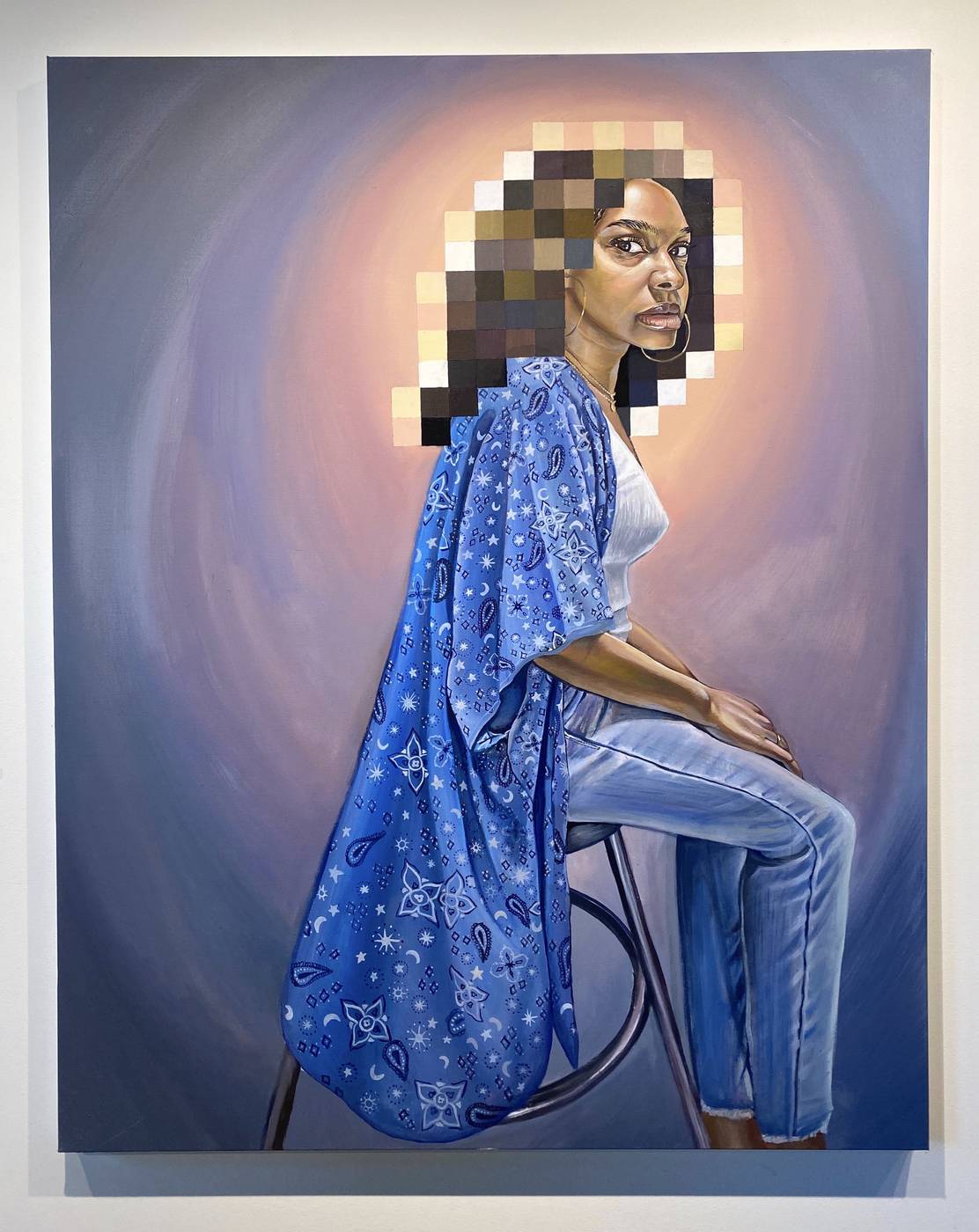 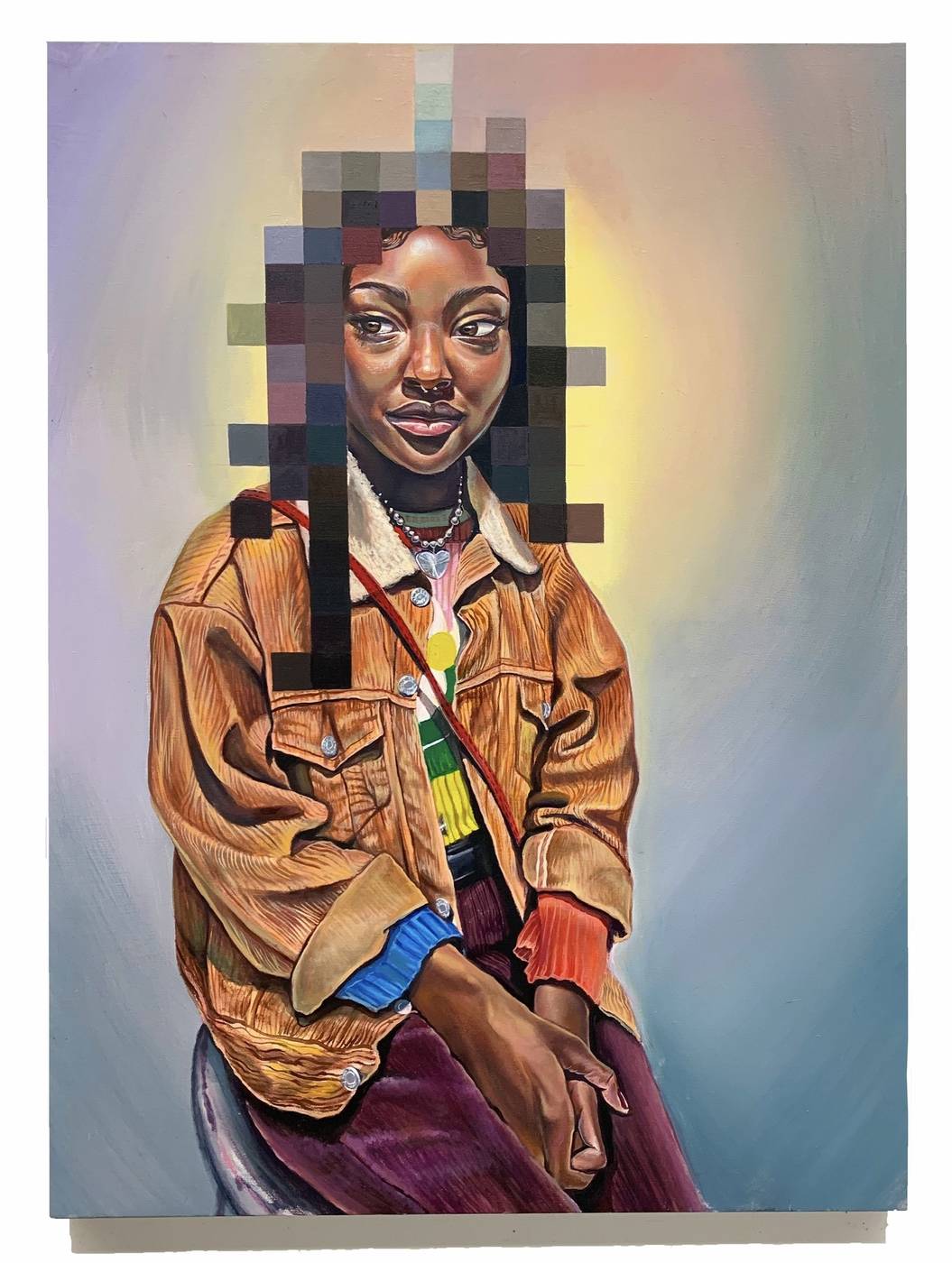 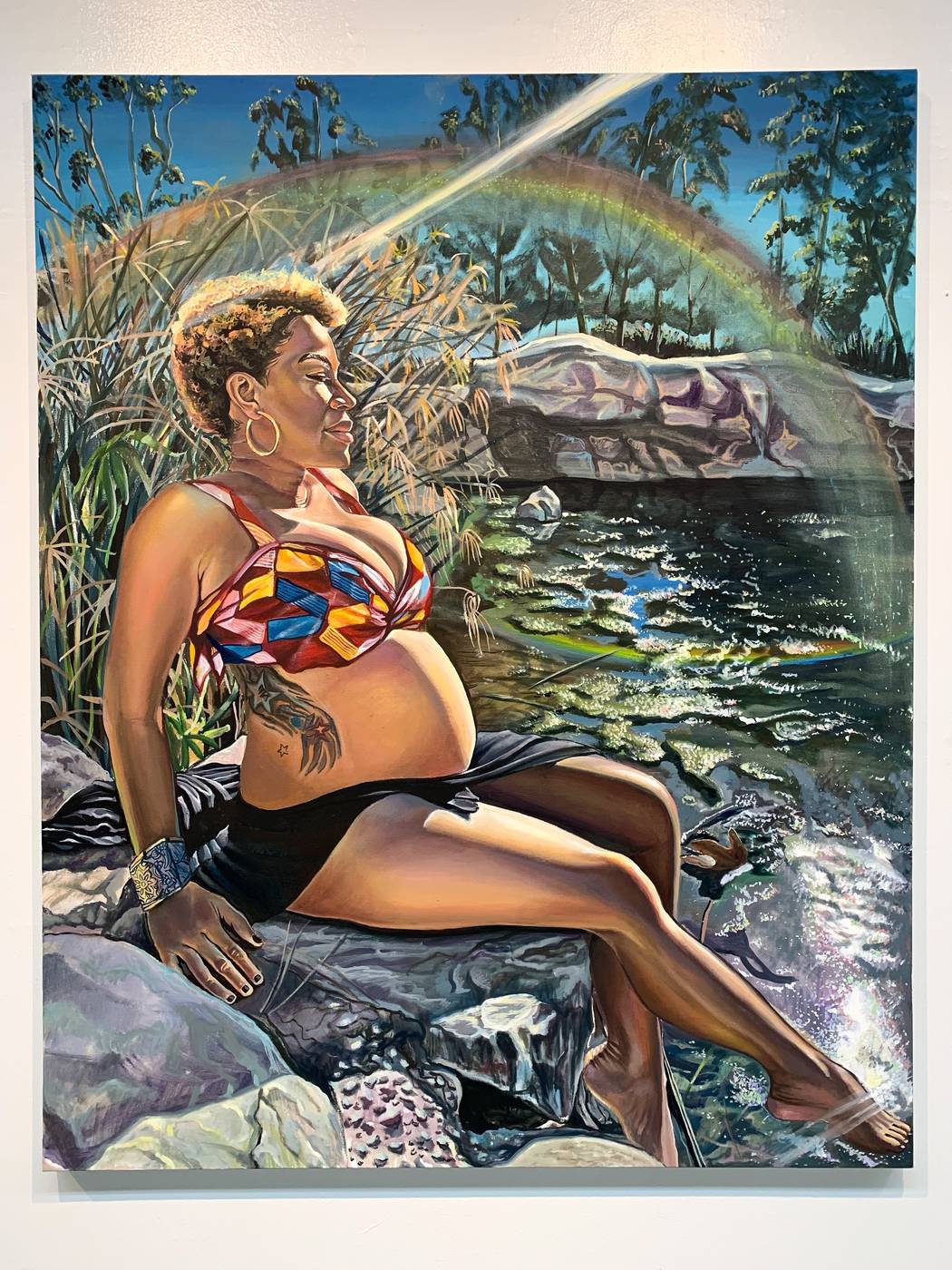 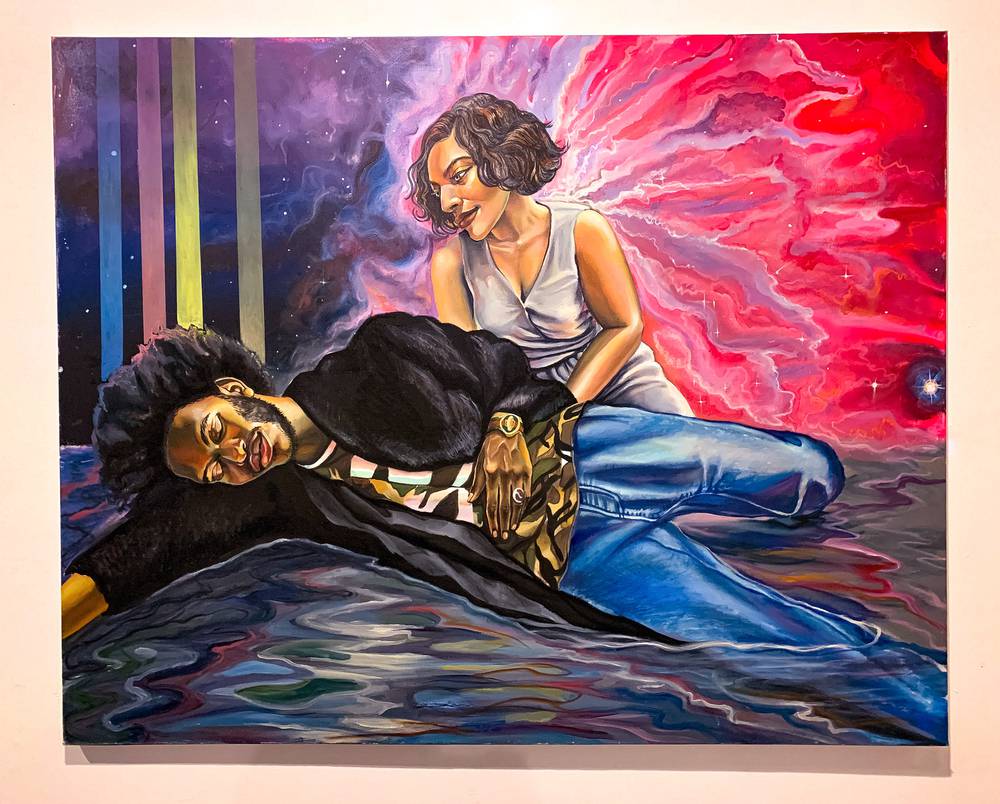 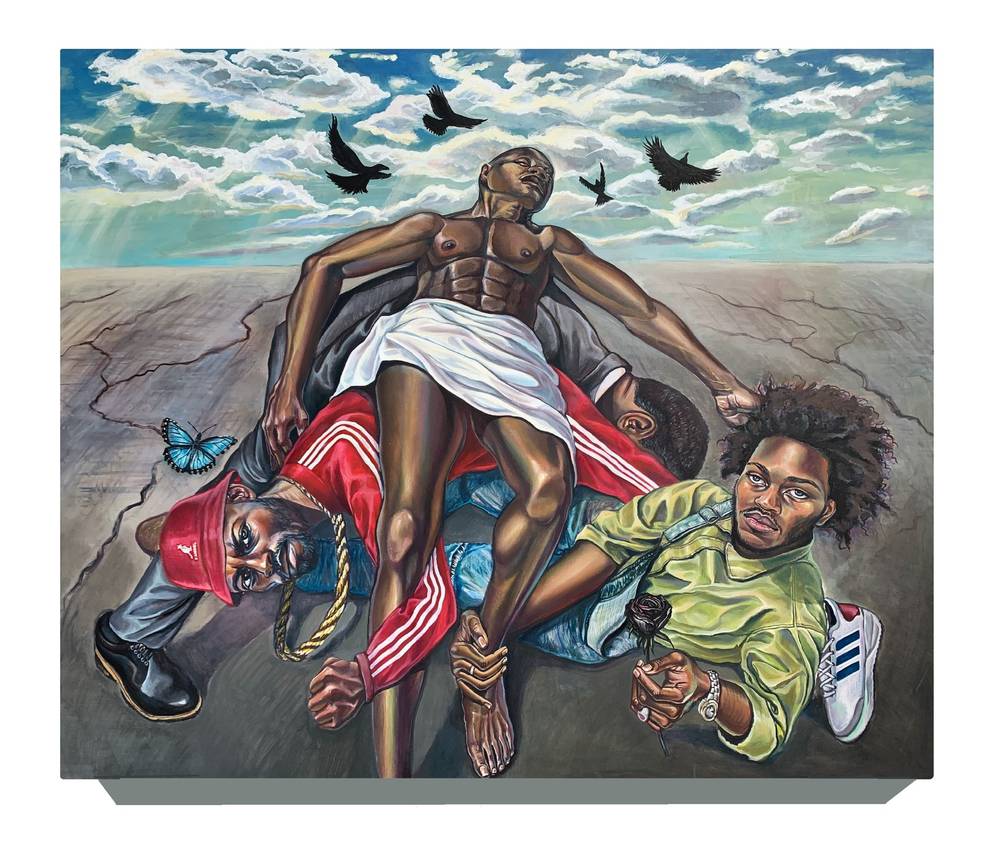 Lanise Howard is a visual artist working in paint and mixed media. She was born in Southern California and raised partially in New York. Her earliest years were spent in El Centro, California, and Los Angeles, California. The unique environments of southern California and New York have both shaped the way she sees the world. Her work is usually figurative and often narrative. There is a surreal quality to her work, as well as a spiritual feeling that is often embodied. Lanise is interested in many various topics such as the esoteric, sacred geometry, ancient belief systems, the current digital world, as well as her experience as a woman of color in today’s climate. Recently she has been moving towards a fusing of these many inspirations and hopes to future investigate these phenomena in her works. Her recent body of work is an investigation on censorship and assimilation, lost narratives, and hidden histories, specifically of Los Angeles. Lanise Howard has shown in multiple exhibitions within the past two years and has won art prizes, such as the Women’s Painters West Award in 2019.

As April looked back, she realized her weakness had become her strength, 2020
Oil on canvas
60 x 48 inches

The power of the Feminine; in transference of energy, 2020
Oil on canvas
60 x 48 inches