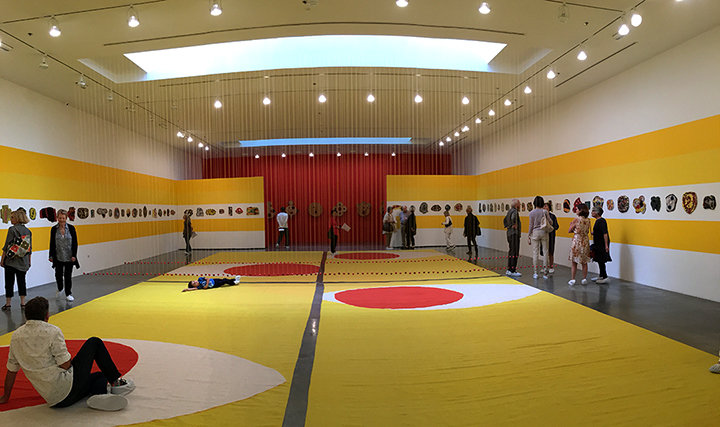 Ben Maltz Gallery at Otis College of Art and Design showcases regional, national, and international established and emerging artists, connecting their work to the Otis community and the public at large through exhibitions, programming, and publications. Open free to the public year round, the Gallery serves Los Angeles’ vibrant art community and the city's diverse population, while acting as an integral, real-world educational resource for students, faculty, and staff on the campus of the world renowned art institution.

The Gallery was the vision of California artist and architect Millard Sheets, who was appointed Director of Otis Art Institute in 1954. The Otis Gallery, as it was then known, opened in 1957 at the MacArthur Park campus in downtown Los Angeles. When the College moved to Westchester in 1997, the Gallery was temporarily housed on the ground floor of the Ahmanson Building until the Bronya and Andy Galef Fine Arts Center was completed in 2001. Los Angeles Architect Frederick Fisher designed a stunning 3,200 square foot exhibition space and it was christened the Ben Maltz Gallery, named in honor of Benjamin N. Maltz, father of Elaine Goldsmith (namesake of the Otis main campus), and prominent philanthropist. Maltz was a broker and founding Director and former Chairman of City National Bank in Beverly Hills. Ben Maltz had a strong belief in giving back to the community and he was a generous benefactor of many local and national charities. He passed this philosophy on to his children, one of whom is Elaine Goldsmith, a longtime member of the Otis Board of Trustees, and one of the College's major supporters.